In the great photography jungle, an invasive species called the smartphone has forced cameras to evolve – and as the new Sony A7S II and Canon EOS R5 show, the biggest ones are mutating into 'full-frame hybrids'.

What are full-frame hybrids? In theory, they're the 'everything cameras', the ones that sit right at the top of the creative food chain. These uncompromising beasts promise pro-level image quality for both stills and video, but in bodies that are small enough to slip into backpacks or hide behind rocks when smartphones attack.

But despite the Sony A7S III and Canon EOS R5 both being incredible specimens, perhaps the best cameras of their kind so far, neither of them quite reaches the hybrid perfection that their early hype (perhaps unfortunately) suggested they might reach. 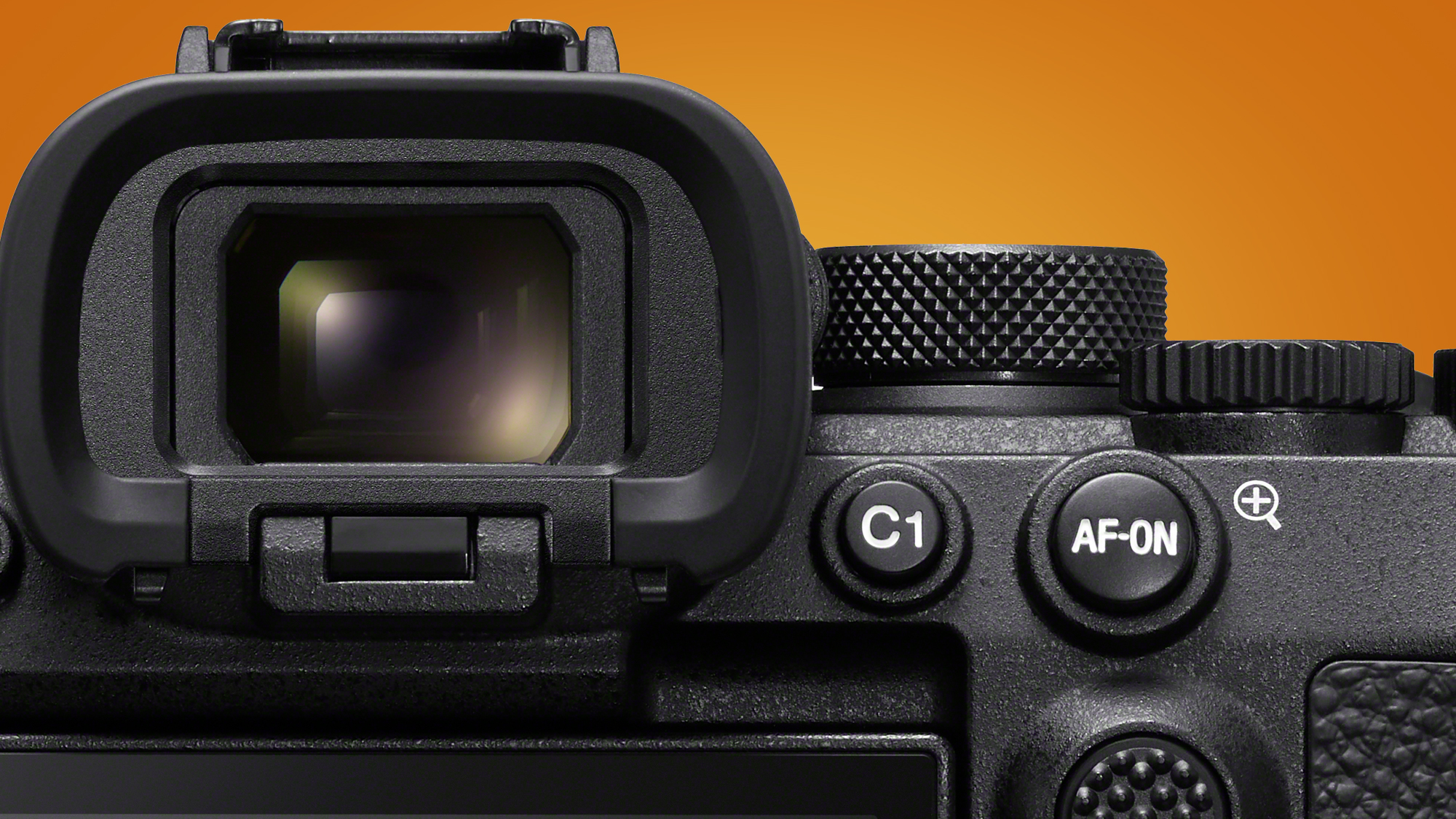 Whether it's market segmentation, pesky physics or a combination of the two, both cameras have strong leanings towards video or stills that make them tools for different jobs.

And that's okay – they can do things that none of their rivals can, and are as versatile as current camera tech allows.

But despite packing the latest processors and sensors, both show that there still isn't a do-it-all, professional full-frame hybrid that's the undisputed king for both video and stills. Not that they don't come pretty close...


In fairness to the Sony A7S III, it was never expected to be the company's true 'hybrid' camera. That remains the somewhat aging (and hopefully soon to be replaced) Sony A7 III. But it is a good example of why there still isn't one full-frame hybrid to rule them all, at least for professional video and photos.

Like its predecessors, the Sony A7S III has a 12MP sensor. That sounds incredibly low-resolution, even compared to the latest smartphones. But there are a couple of good reasons why it's only 12MP. Firstly, the original Sony A7S became a hit with videographers (despite not being able to record 4K video internally) because of its impressive low-light performance.

A 12MP full-frame sensor, which is over 30 times bigger than the sensor in your iPhone 11 Pro, has huge individual photosites. This helps reduce noise and allows the A7S III to perform admirably at high ISO sensitivities (in our tests, images captured at ISO 4000 looked like they were shot nearer ISO 400). 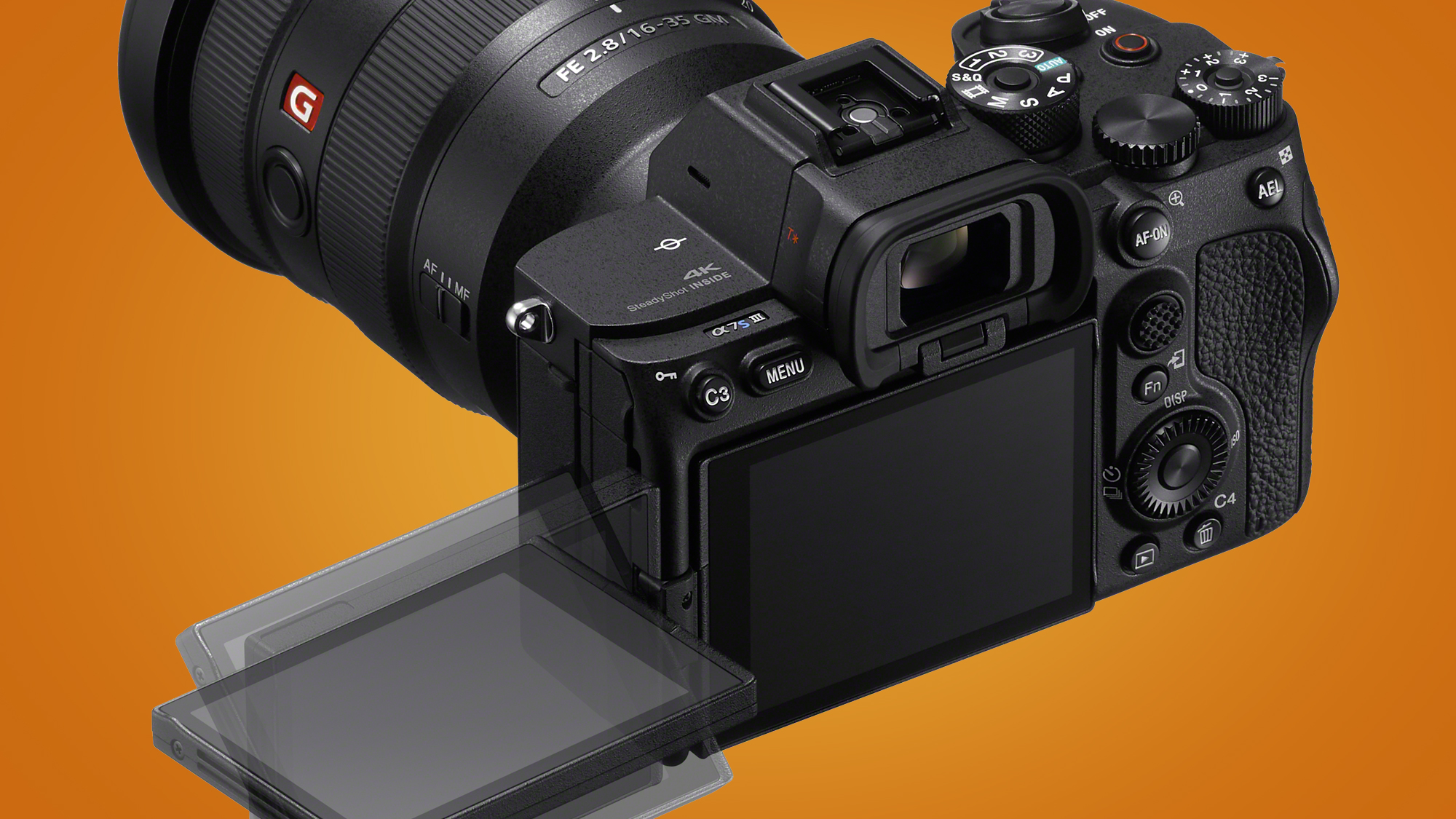 But the main reason why the Sony A7S III's 12MP resolution makes it a videographer's dream is because it allows it to shoot 4K video for long periods. In our tests, we were able to record 4K/60p video for up to an hour without any overheating warnings, whereas the Canon EOS R5 has a maximum 35-minute limit in that mode.

The differences become even more stark in high frame-rate modes like 4K/120p, with the EOS R5 only managing 15 minutes and a needing a far longer cooling down period than the A7S III.

It should be said that some Sony A7S III tests, particularly those shot in direct sunlight like those by YouTuber Dan Watson, have discovered that the camera can overheat in some situations. But overall, there are good reasons why the A7S III is one of the best 4K cameras for shooting things like interviews and weddings – that 12MP resolution means its processor doesn't have to work as hard for 4K video.

A single frame of 4K UHD video has a 3840 x 2160 resolution, so the A7S III's 12MP sensor can do a 1:1 pixel readout to produce 4K video, with no need for techniques like 'pixel binning'. In other words, it doesn't need to do the same intensive, heat-creating maths for each frame as a camera like the Canon EOS R5, which has a 45MP sensor and shoots 'oversampled' 4K video.


What does this all mean? Well, despite the hype around Sony and Canon's new flagships, there are still different pro cameras (and, in particular, sensors) for different jobs. That resolution debate flips around when it comes to shooting photos – for many photographers, the A7S III's 12MP resolution simply doesn't give them enough wiggle room for cropping into photos to pull out extra details.

The Canon EOS R5, then, could ultimately prove to be the better pro hybrid camera for those who predominantly shoot stills, alongside short video clips. While it doesn't appear to be well-suited to being the primary 4K camera on a pro video shoot – and to be fair to Canon, this was never its claim – the EOS R5 is a formidable 45MP camera with some impressive video features. 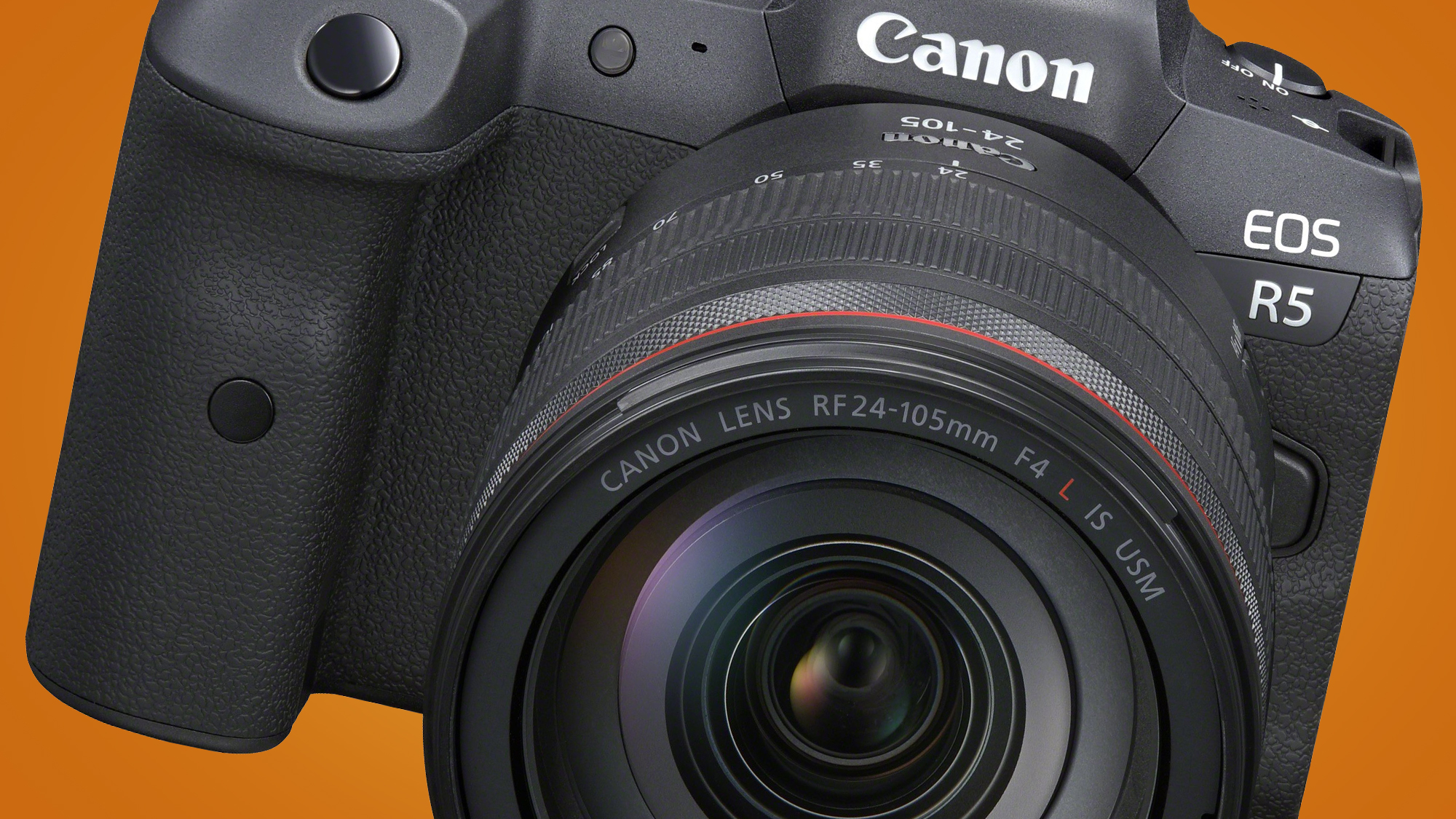 That resolution means that it's capable of shooting 8K video, which is a first for a mirrorless camera. As we've previously explained, the benefit of this is less to do with delivering 8K video for the handful of TVs that can support it, and more about having the flexibility of cropping into that footage, effectively having two cameras in one.

Again, the same processing and heat bottlenecks apply, and we'll be putting those to the test in our full Canon EOS R5 review soon. But that 8K mode remains another practical tool for a certain job – you just have to be aware of the limitations, rather than expecting the EOS R5 to be a fully-fledged 8K camera (or at least a practical one).


This new era of full-frame hybrids is still a huge milestone for pro cameras. The Sony A7S III can do most of things that pro videographers need, with class-leading video quality and great practical features, all in a small, lightweight body. That's why we gave it a rare five-star rating. It's just not really a direct rival to the likes of the Canon EOS R5 for stills shooters, and vice versa.

This doesn't mean we won't eventually get the ultimate mirrorless hybrid for pro creatives. After all, there are already great options for non-professionals that are pretty flawless all-in-one options for stills and video – for example, the excellent Fujifilm X-T4. 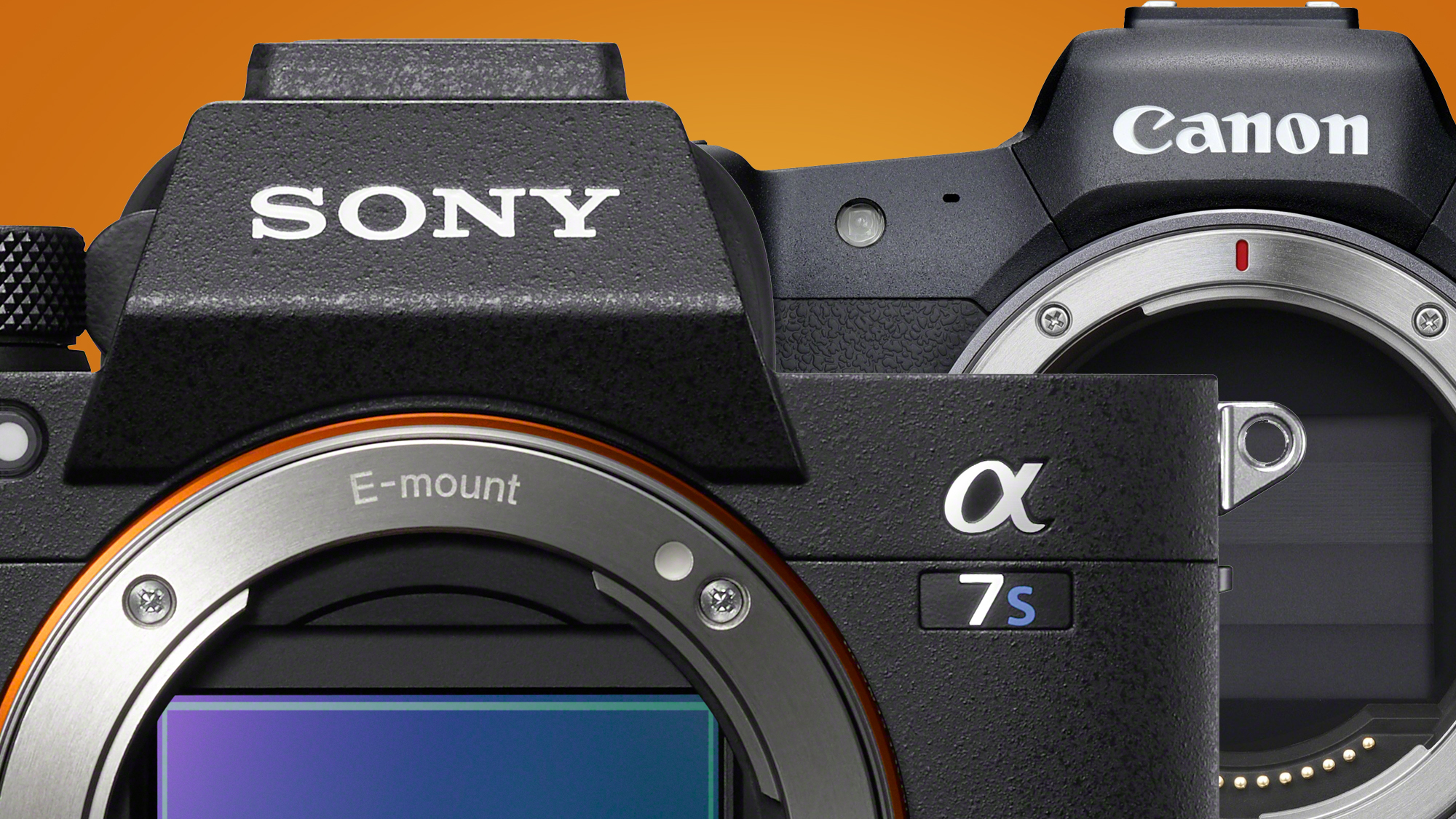 But pro stills and video shooters have specific, exacting demands that mean we'll continue to see segmentation in the likes of the Sony A7 series and Canon EOS R system for a while yet. Choosing which one is best for you means having a clear idea of the specific creative jobs you need a camera for.

Right now, the Sony A7S III is our pick of the hybrid full-frame cameras for video –we'll find out soon if the Canon EOS R5 can achieve a similar accolade for pro stills shooters in our full review very soon.