It's only when you play Xbox Series X-optimized games that you realize just how powerful the new Xbox is. The colors are more vibrant, the environments more detailed, and everything is simply sharper.

That's primarily down to the raw power of the Xbox Series X itself, which boasts a custom-designed GPU from AMD with 12 teraflops of computing performance. But, when combined with a HDMI 2.1-compliant display capable of the 4K UHD and 120fps Microsoft recommends (in our case a Samsung Q80T QLED 4K HDR Smart TV), you really get the full impact of how much better Xbox Series X games look compared to the Xbox One.

But it's not just that Xbox Series X games look better, they perform better too. Minimal loading screens mean that you are rarely out of the action for more than a few seconds, and it results in a seamless experience that may have you wondering how you ever lived with lengthy loading times.

Having spent some hands-on time with preview builds of the upcoming Xbox Series X Optimized games, it looks like my Xbox One S could be going into retirement. Here are some impressions of the games I've been trying out so far. 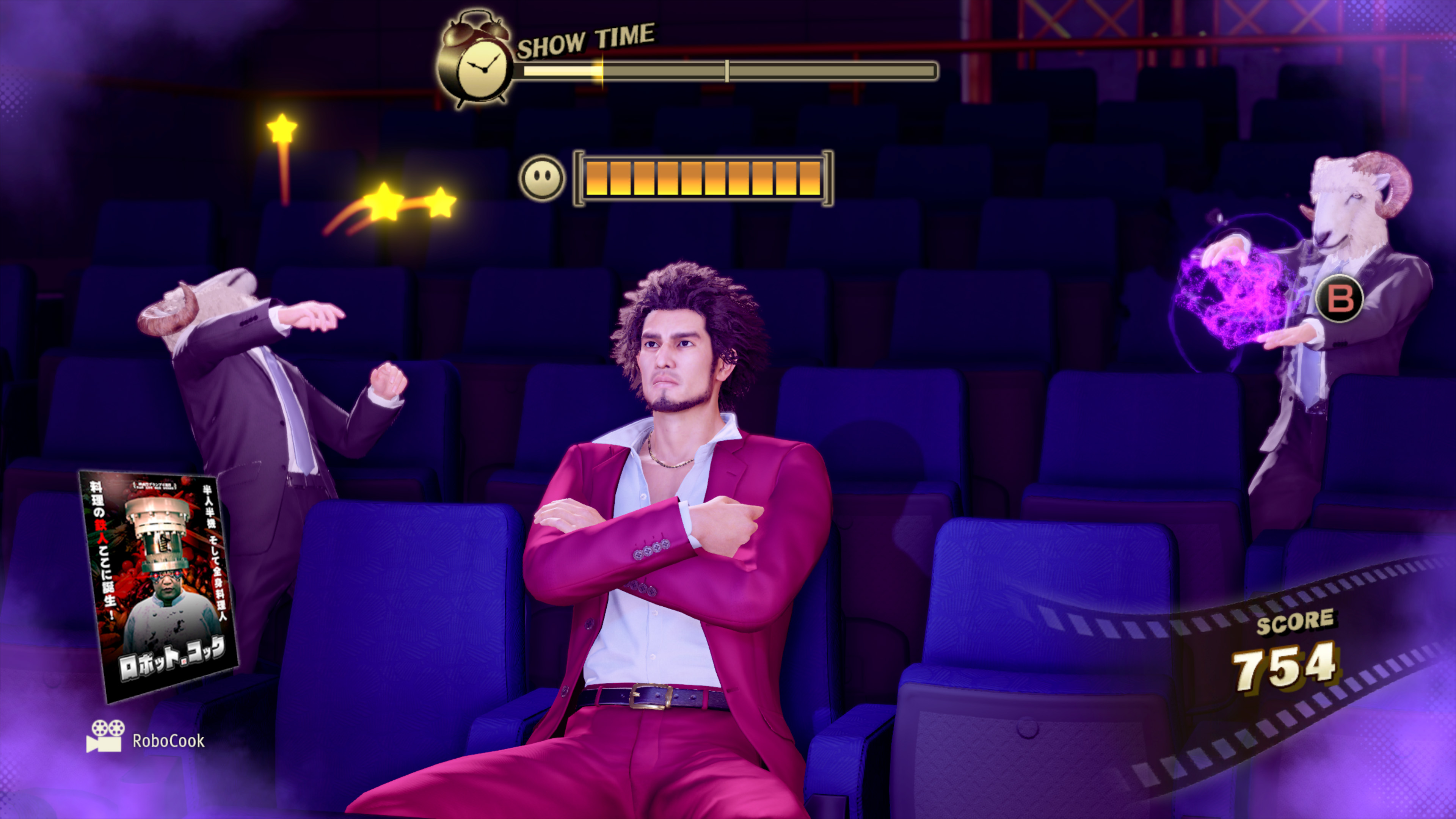 As part of the Xbox Series X preview program, I've got access to Yakuza: Like a Dragon and Dirt 5. Both games are Xbox Series X Optimized titles, meaning they are built to utilize the power of the new Xbox. According to Microsoft, optimized titles "showcase unparalleled load-times, heightened visuals and steadier framerates at up to 120FPS". Essentially, they show off the true power of the new Xbox. These are your proper full-fat next-gen games.

So, let's start with Yakuza.

Yakuza: Like a Dragon follows Ichiban Kasuga, who has been released from prison and is on a mission to become a real 'hero', alongside some friends he makes along the way. But unfortunately, the path of a hero isn't always easy, and Ichiban finds himself tangled up with some unsavory underworld characters as he aims to redeem himself - and find out why he really went to prison.

Even if you've never played a Yakuza game before, you should be able to jump in to Yakuza: Like a Dragon with relative ease. Like a Dragon is a huge departure
from previous games in the veteran series, introducing a new protagonist, setting, supporting cast, and a new turn-based RPG combat system (previous Yakuza games were real-time brawlers).

Like a Dragon acting as a new entry point for the series is a smart move, especially considering it's one of the Xbox Series X's launch titles. It's handy for those like me, who have always liked the look of the long-running action-adventure RPG series and wondered how to actually tackle it as a newbie (without necessarily committing to playing seven mainline entries in a row). And, while the preview I played was a demo that takes place a fair bit into the game, I never felt particularly lost or confused as to what was expected of me. You can enjoy it without knowledge of the many other games in the Yakuza series, basically. 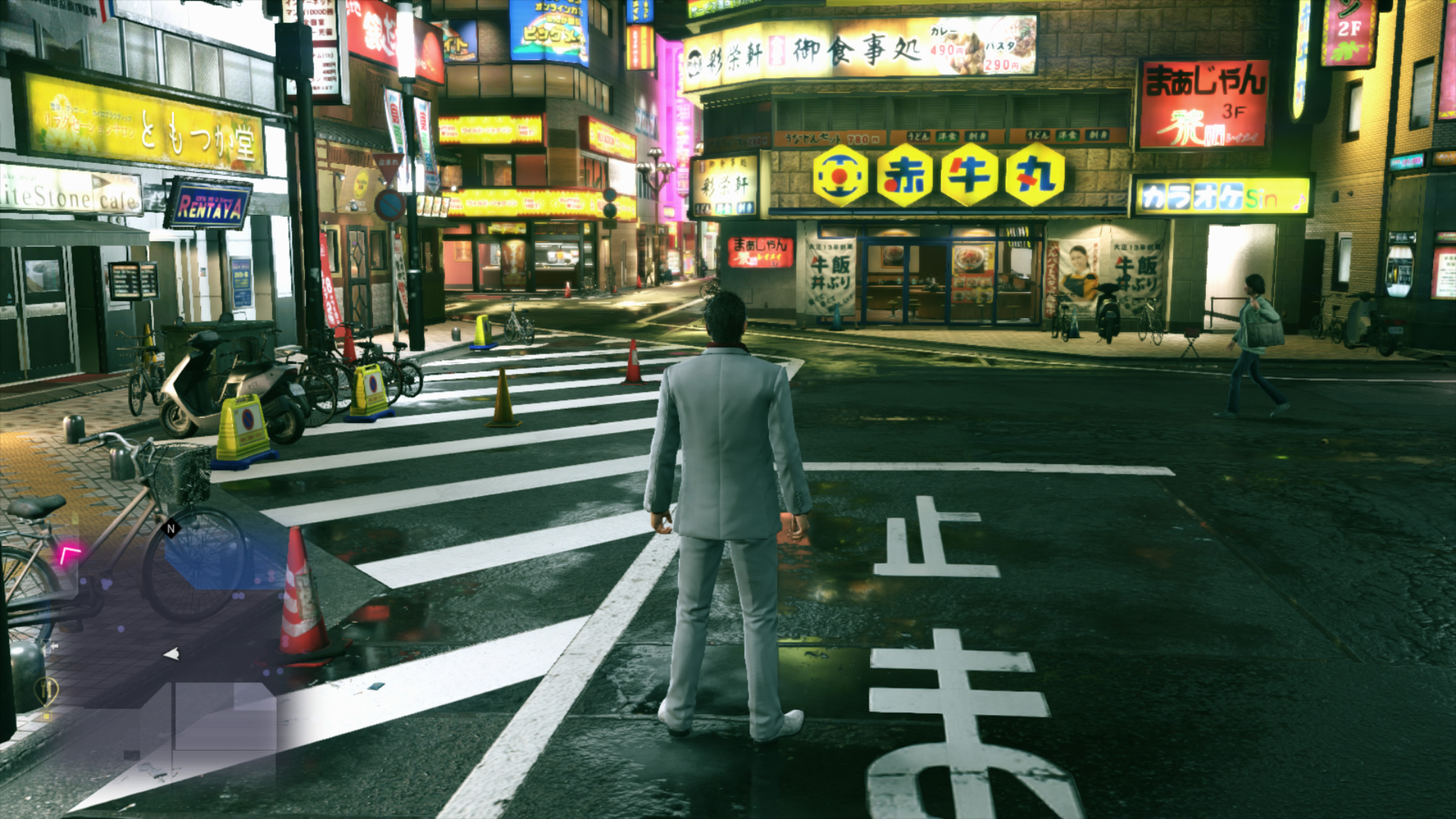 Yakuza Kiwami 2 on Xbox One (Image credit: Sega)
Image 2 of 2 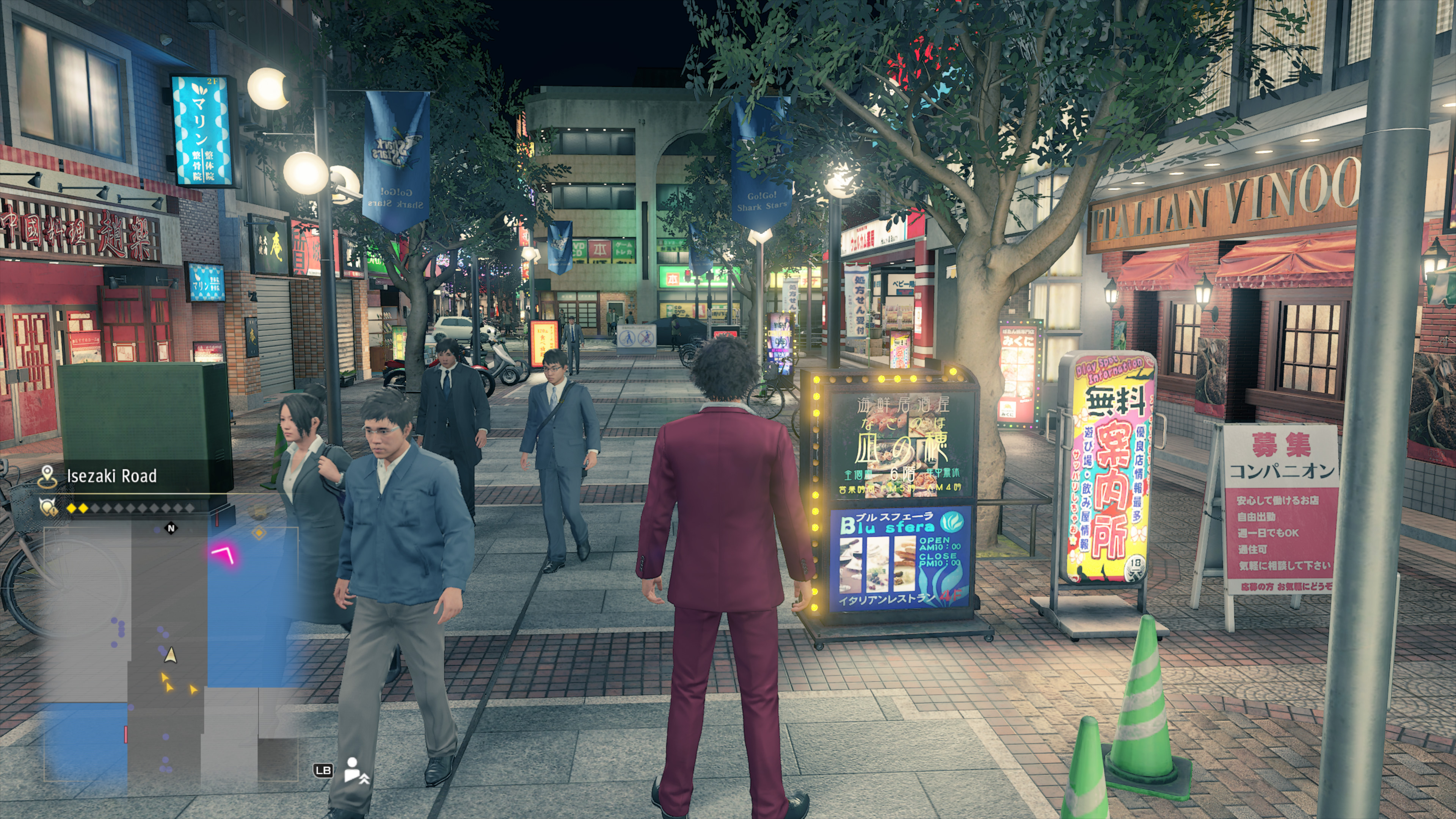 But that's not to say you won't be confused at all. Yakuza, as a series, is absolutely bonkers - that I know. And, Like a Dragon, maybe even more so. At one point I took on a side quest to save a lobster called Nancy who ultimately became my pet (and fighting companion), while a minigame saw me batting away terrifying-looking sheep in a rhythm challenge as I tried to keep Ichiban from falling asleep during a movie about a robot chef. Yes, it's completely absurd - and so much fun.

But Yakuza: Like a Dragon, much like other entries in the series, is able to balance its absurdity with its enticing action. You may be in a street brawl with a man covered in baby oil, but that doesn't mean it'll be easy.

To be honest, there's not much pressure to continue on the main mission path - and a lot of the time you won't want to simply because you want to explore. Instead, you can take in the stunning sights and sounds of the beautifully-realized locale of Yokohama.

It's in this respect that the power of the Xbox Series X is appreciated most. Visually, Like a Dragon is a massive step up from what I've experienced with its predecessor, Yakuza Kiwami 2, on Xbox One. Gone are those blurry-edged textures, and instead we get crisp, sharp and vibrant visuals. I spent some time simply marveling at the improvement in character faces and the reflections in their eyes, and taking in the impressive colors of the neon street signs.

But it's the Xbox Series X's super-fast SSD that really improves the Yakuza experience. Those already minimal loading screens from Kiwami 2 have essentially been obliterated, and the few rare loading screens I was met with in Like a Dragon lasted around two seconds.

That meant that I could seamlessly transition between cut scenes, fights, and running around with minimal disruption - making the city an absolute pleasure to explore.

What really showed off these shorter loading times was Like a Dragon's fast travel - which comes in the form of a taxi. It took around 4.7 seconds to fast travel to a different district from the moment I accepted the ride.

These minimal load times are definitely welcome as I never wanted to be taken out of the experience for too long. The Xbox Series X makes that happen – it makes you wonder if denser, larger open world games from the likes of Rockstar will be able to load as quickly in future. 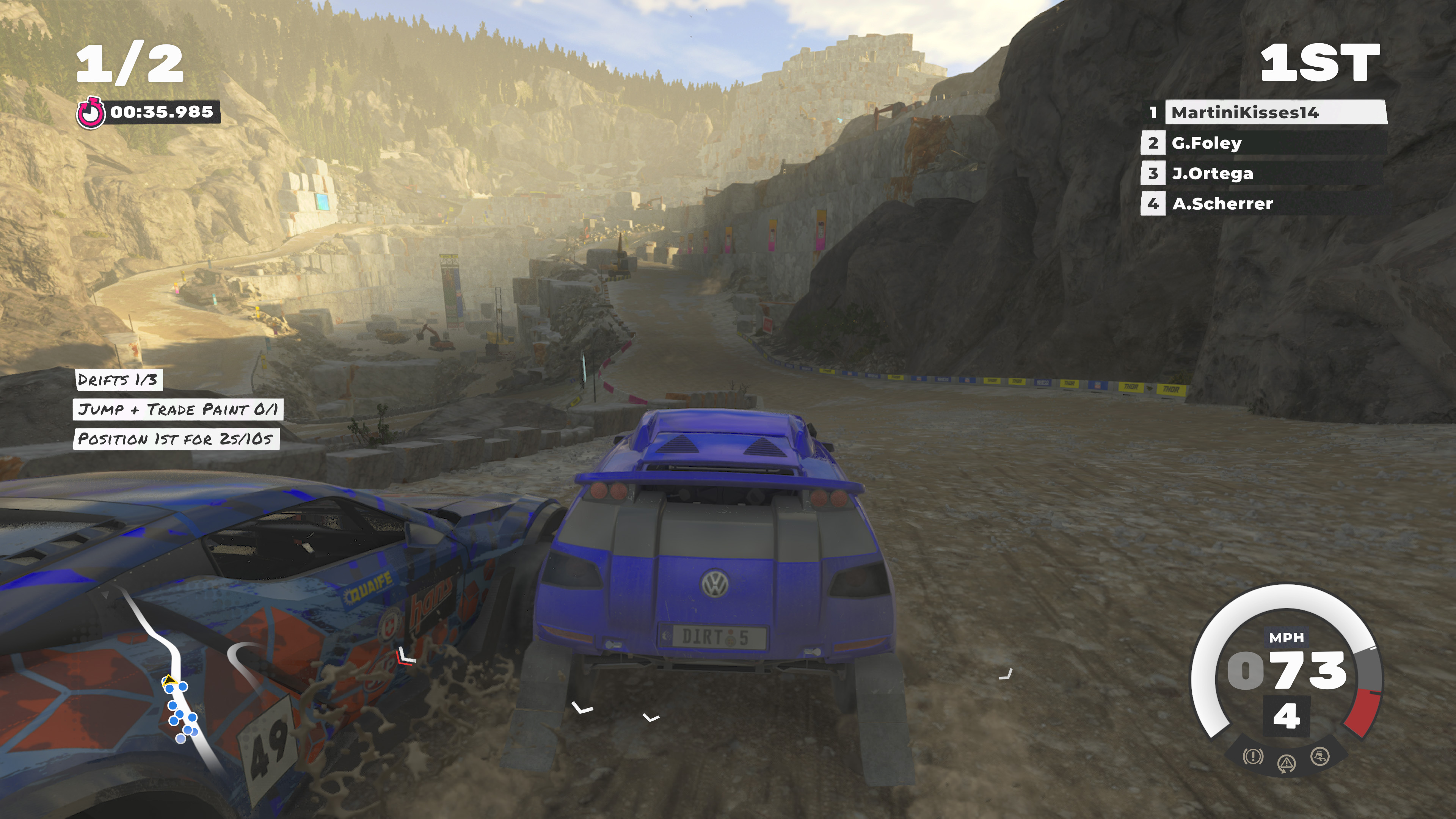 Like Yakuza, Dirt 5 is the latest entry in a veteran franchise. But, as the name would suggest, Dirt 5 is an off-road racing game focused on rallycross, ice racing and just plain ol' dirty racing.

What results is you speeding your way through a lot of muddy, and slightly concerning, tracks in either Career Mode (with set objectives), Free Play (which is more casual) or Playgrounds (where you can create your own racing arena).

Dirt 5 proves that the Xbox Series X seems to lessen the need for a trade-off on visuals to make way for performance. The game has three different video modes available, with each prioritizing a certain aspect of visuals such as 120hz, image quality or frame rate. But, to be honest, the differences are pretty subtle to the untrained eye.

Regardless of which video mode you choose, Dirt 5 looks fantastic. From the way the light hits the muddy roads you're driving along, to the dirt that sticks on the back of your car, to the reflection in the puddles, Dirt 5 is a brilliant-looking racing game. While the image quality mode does improve that a little bit more overall I found, whichever mode you choose, the game is extremely responsive and smooth. If there were frame rate drops, I didn't notice them. 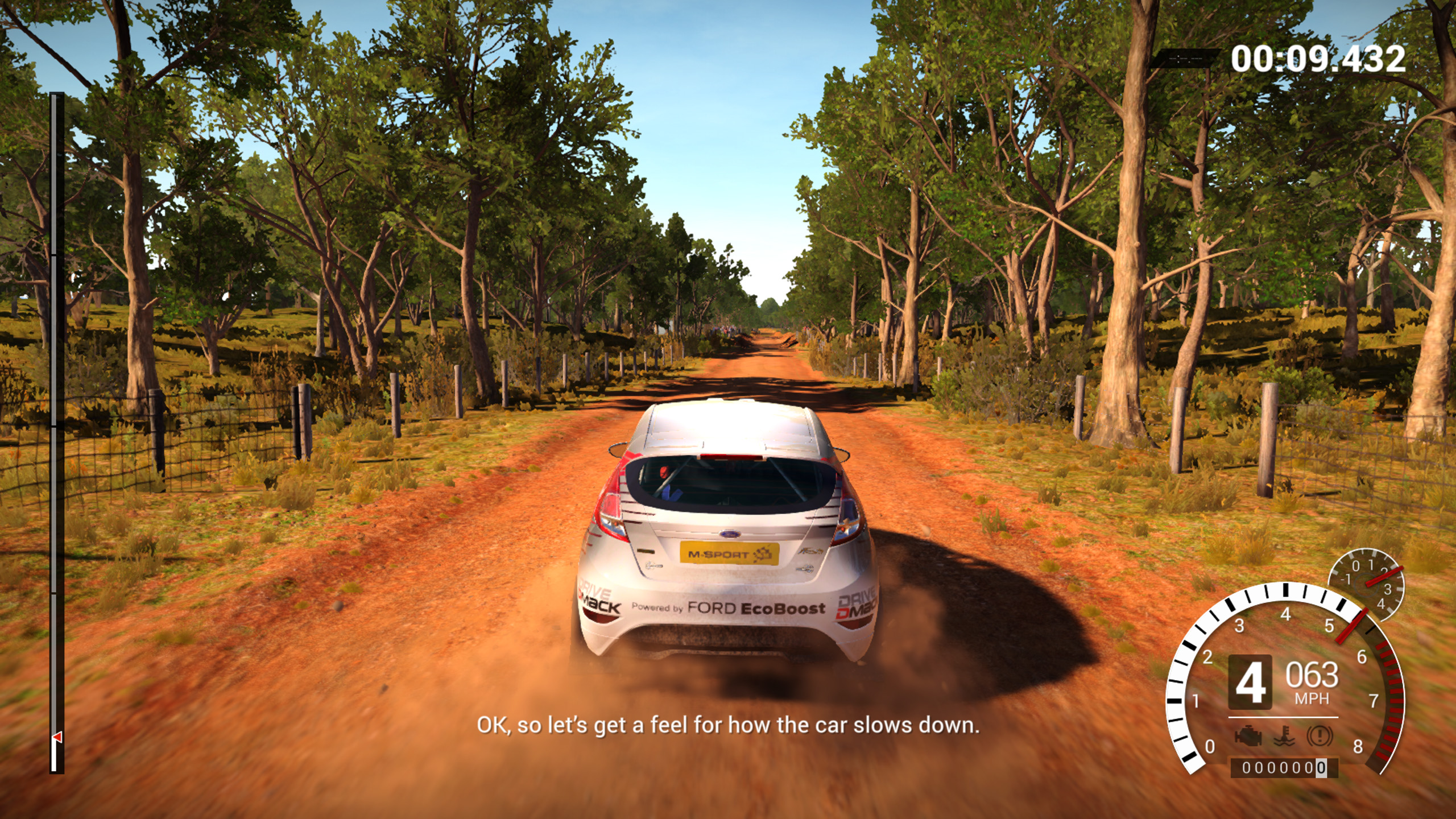 Dirt 4 on Xbox One (Image credit: Codemasters)
Image 2 of 2 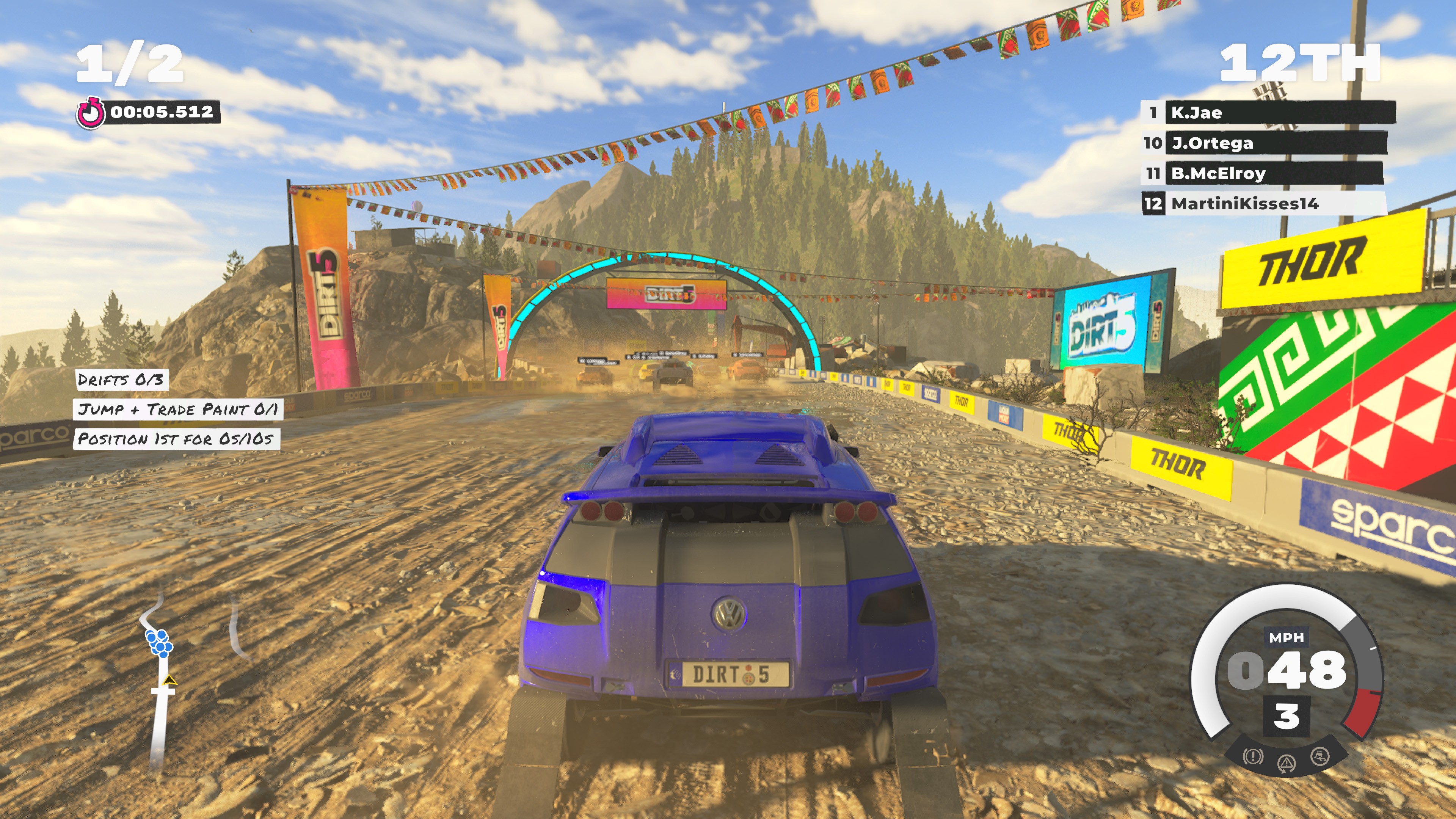 It's a comparative improvement over Dirt 4, which I found had pretty lackluster visuals and some framerate issues on Xbox One.

And, much like Yakuza, Dirt 5's utilization the Series X's SSD meant loading screens lasted just seconds. While this is more of a quality-of-life feature for menu screens, in a racing game like Dirt, a lack of load screens does actually mean your overall in-game performance may improve.

You won't be thrown off by frame rate drops or frequency issues, and you can instead simply enjoy a smooth ride. 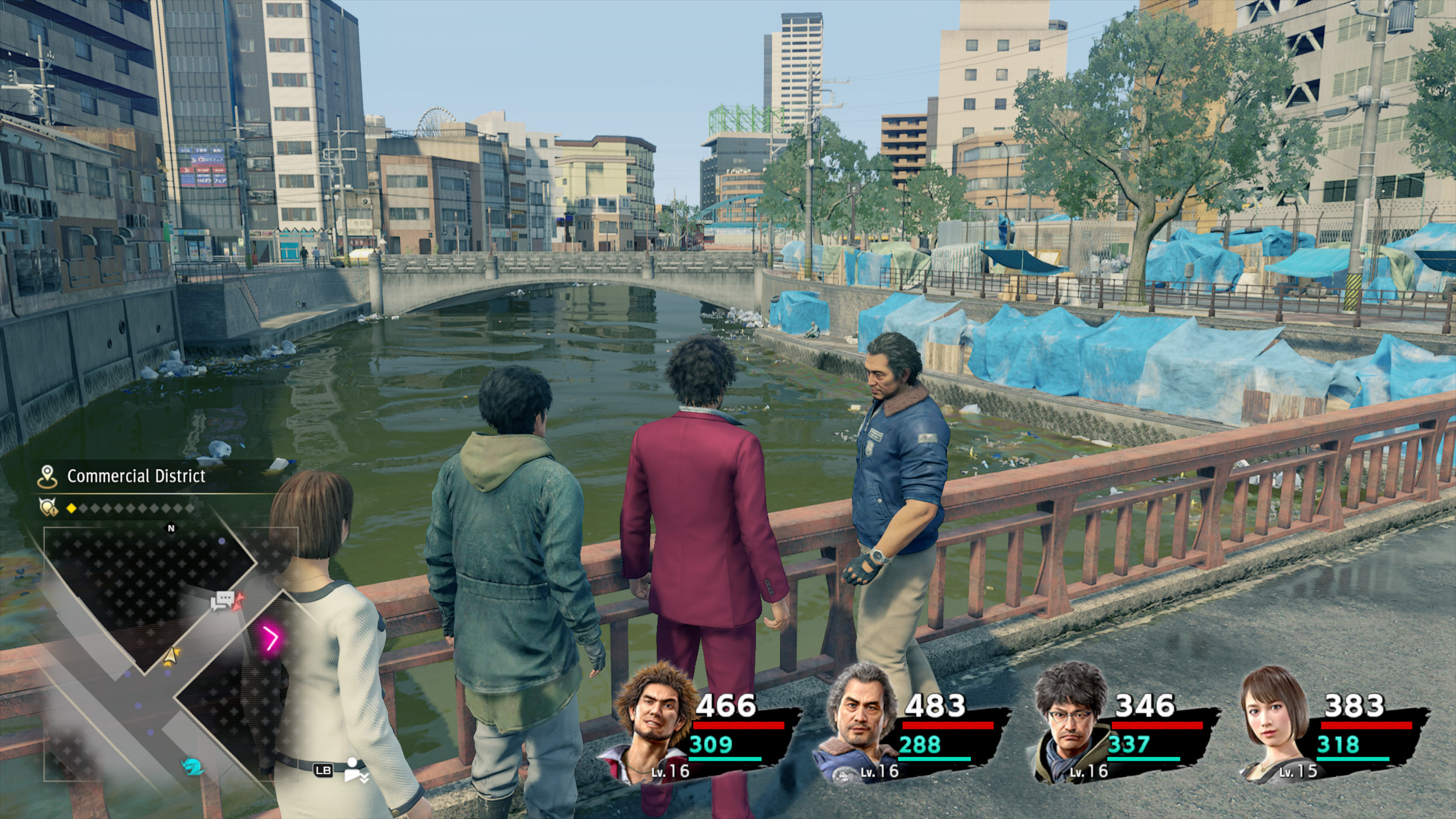 It's not like the Xbox One S seems like an entirely redundant console next to the Xbox Series X – not everyone can afford an upgrade this year, and it's now got a massive library of games to enjoy. But now that I've experienced Xbox Series X-optimized titles, returning to Xbox One games has proven to be something of a noticeable downgrade.

Eliminating or shortening loading times makes such a big difference that's it hard to go back.

But the issue with the Xbox Series X is that its launch line-up of games isn't great, no matter how impressive the hardware is. Dirt 5 and Yakuza join just a few brand-new titles which will release alongside the console on November 10 – and neither is entirely an Xbox exclusive. The rest of the line-up is primarily made up of previously released Xbox One titles, which have been optimized for the Xbox Series X.

Microsoft has a lot coming down the line, like Fable, Obsidian's Avowed and the library of titles it's acquired from Bethesda. But for a launch window, it's undeniably fallow.