Can't wait for the Game of Thrones prequel in 2022? A new Apple Arcade game scratches that itch

While the Game of Thrones prequel might not be coming out until 2022, a new game on Apple Arcade could satisfy your urge for content set in the fantasy world. Curiously enough, it’s an idle game that you only ‘play’ for a few minutes at a time – and that might be the best way for fans burned by the divisive HBO series to get settled back in Westeros.

Game of Thrones: Tale of Crows, developed by That Silly Studio and published by Devolver Digital, tells the history of the famed Night’s Watch brotherhood that remains stationed at the Wall to defend Westeros against the dangers of the untamed north.

Players take the role of the Lord Commander, making tough calls as they send out rangers to repair old castles along the Wall and explore the frigid wilds. When your character dies, you name a successor, and they become Lord Commander, on down the line of defenders of the people in Westeros. 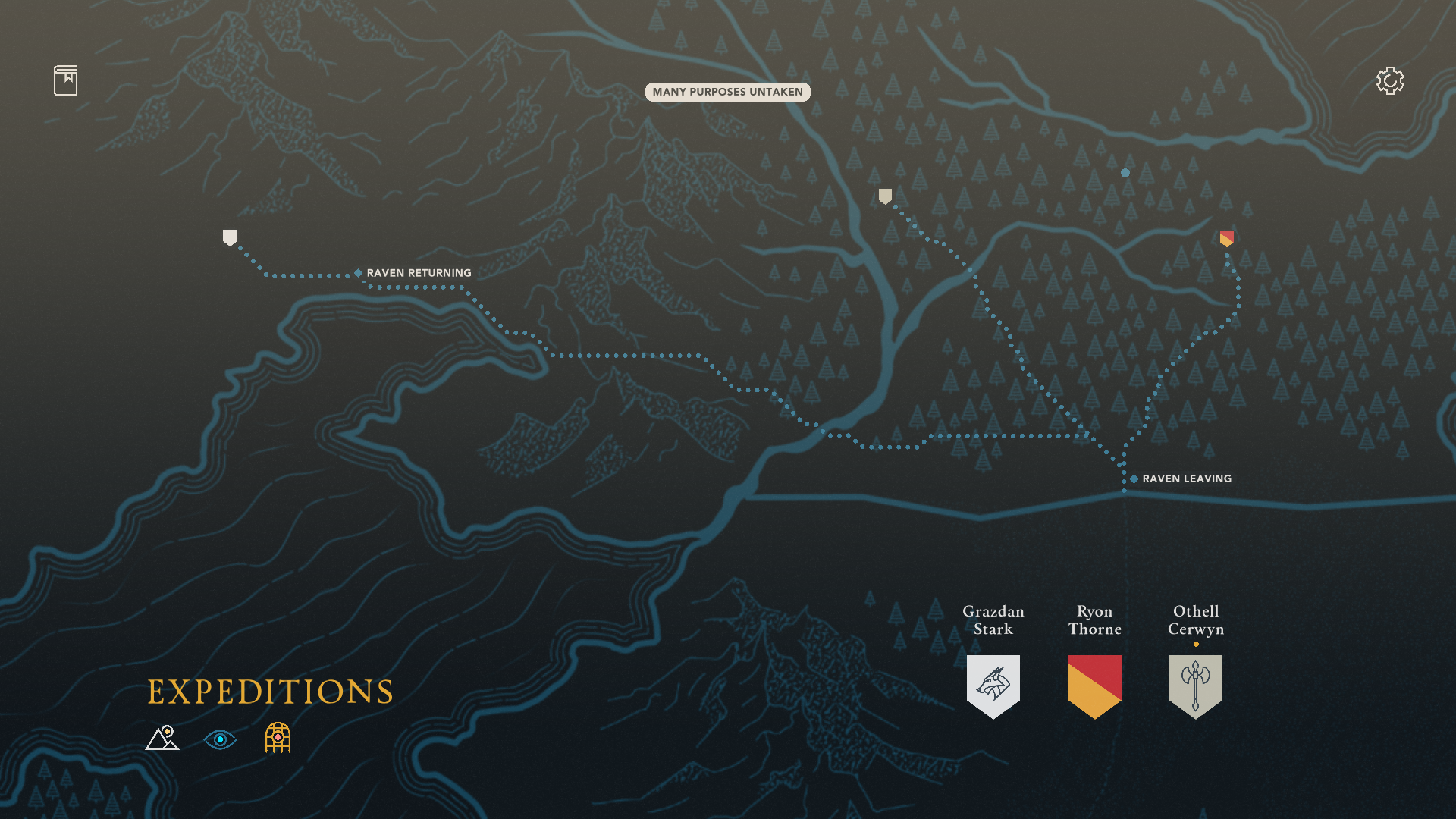 The gameplay is basic, with little action: you sit at Castle Black (the main Night’s Watch stronghold), make choices like other narrative-heavy games, and send out orders via raven. You can switch views to a regional or world map to watch your rangers crawl across the landscape, but you’re meant to put the game down – the game even encourages you to come back later for the next big decision.

Yes, Tale of Crows is an idle game – and if it wasn’t on Apple Arcade, it may have implemented microtransactions and other time-speeding features of this gametype. But because Apple’s platform forbids in-game transactions, you’re pretty much forced to take your time getting into the game. But it turns out that spending a lot of quiet time at the Wall could be just the thing to get fans back to enjoying Game of Thrones. 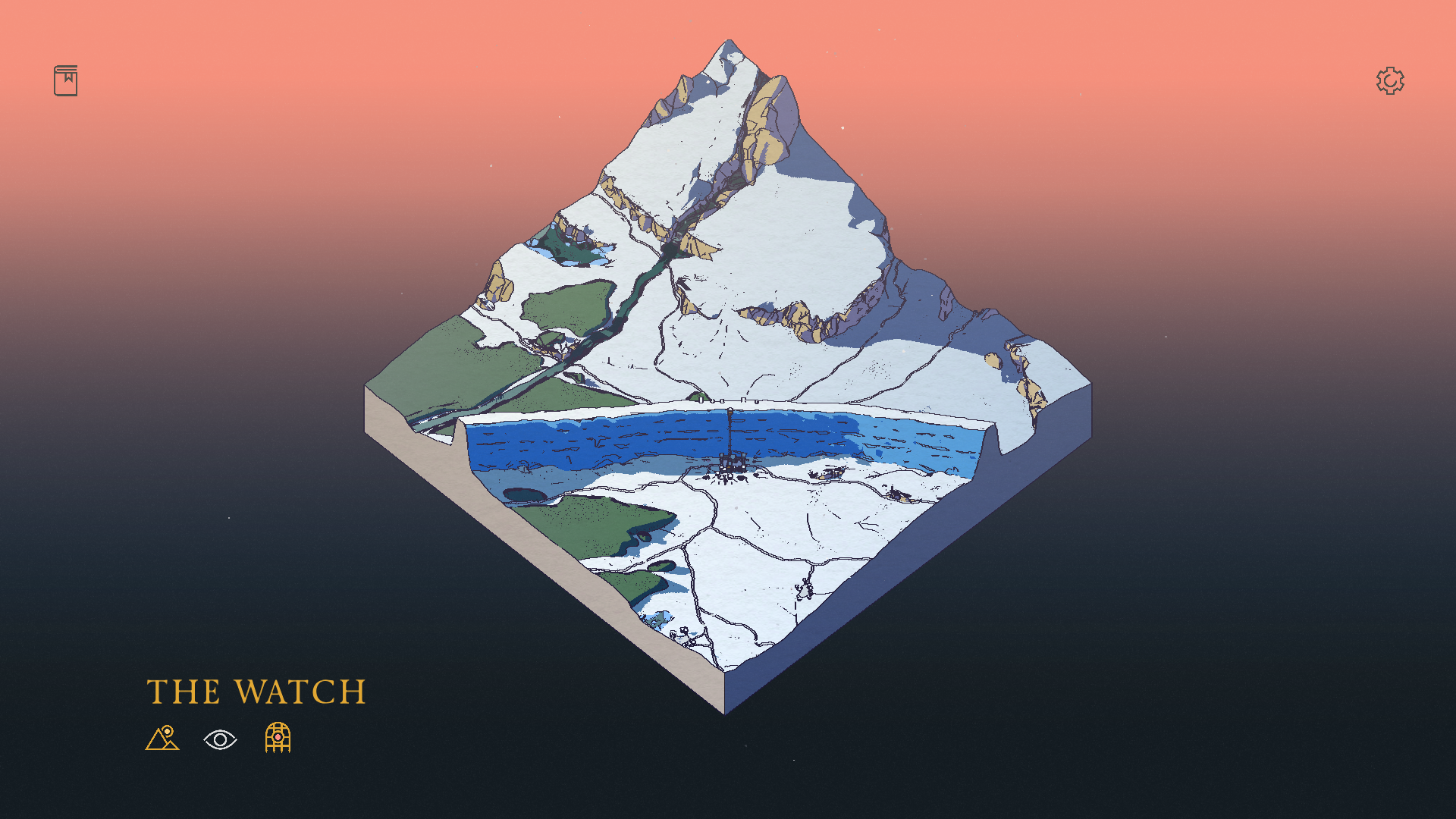 
If you swore off Game of Thrones after the show ended, spending low-key time in one of the show's remote locations is why Tale of Crows is cathartic. Playing in bite-sized chunks throughout the day requires minimal investment, and the passive gameplay means you won’t have to build up any sort of skill: just play to find out what happens.

With a healthy distance from the frustrating developments and character choices in the HBO series, fans are drip-fed lore from Westeros’ history as they explore a wholly new story set in the grim and gritty world.
Click to expand...

Even better for bitter fans, Tale of Crows is shrewdly set far before the events of the HBO series (and unfinished books) without any recognizable elements – the show’s iconic theme is not a part of the lovely and ephemeral soundtrack, and there’s barely a Stark in sight. (Okay, you’re stationed in the North, so you might run into one or two.) 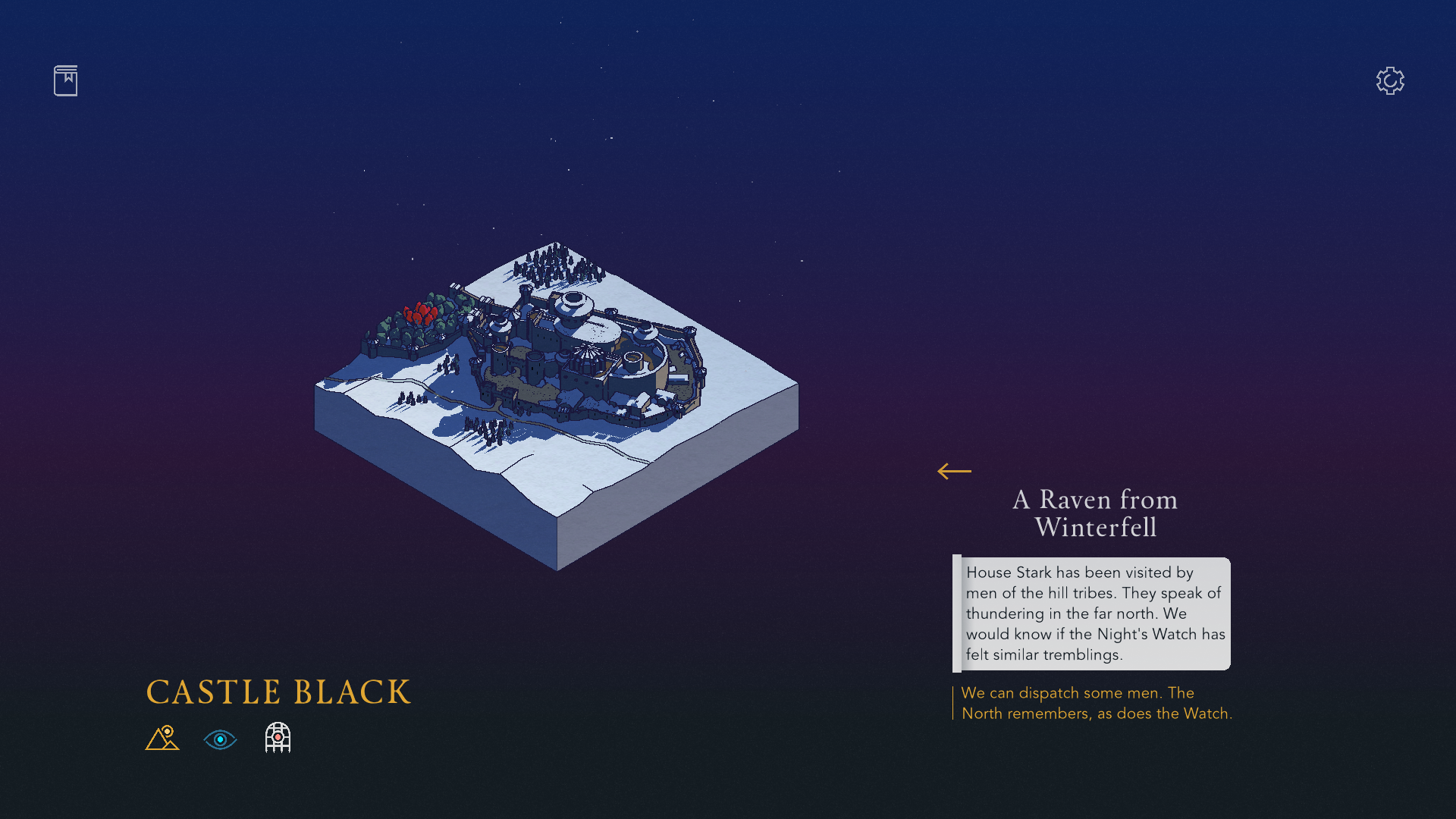 With a healthy distance from the frustrating developments and character choices in the HBO series, fans are drip-fed lore from Westeros’ history as they explore a wholly new story set in the grim and gritty world. It’s a bit of a return to form without dragons and destiny – just humans, hard choices, and the weird things out there banging on the door.

Even non-fans will appreciate the cel-shaded art style that brings the bleak North to life, detailing expanses of snow and ice split by tan rocks and the occasional green patch. When you check in on a ranging, a small square of land is brought into relief with your Night’s Watch brothers scattered along it like dots in a diorama. The game is built of these vignettes, evoking the core of Game of Thrones as a world of stories great and small.

And in the middle of a global lockdown, having a small game humming in the background to send you into another world, especially one so meditative in its slow pace and setting, is a good escape. Like a lot of other Apple Arcade titles, there’s probably not enough ‘game’ here to warrant interest from non-subscribed players who aren’t Game of Thrones fans (lapsed or not), but it’s worth trying out for anyone who’s still signed up on the service. The Night’s Watch can always use another sworn brother.