Aw, snap! The 12 best Olympus cameras ever, from Pen F to OM-D

Perhaps the biggest bombshell in the camera world this year came not in the form of an exciting new launch, but the news that Olympus – one of the world’s oldest and most respected brands – was parting ways with its camera business.

Olympus has been making cameras and lenses since 1936, and celebrated its overall centenary last year in 2019. Although rumors had long been swirling that its camera division might be sold, that gossip had been quashed on several occasions.

But this week, after several years of struggling to make a profit, Olympus decided to part ways with its imaging division, handing over the reins to a private investment firm. Hopefully, the latter will be able to transform the ailing business into a profit-making one again, so we can again see the return of classic sub-brands like Pen and OM-D.

Olympus camera owners and fans may be a little worried, but the company has been keen to stress that it’s very much “business as usual”. If you want to find out more of what the future holds for Olympus products, you can check out our explainer feature. For now, though, join us we take a misty-eyed stroll some of its finest camera moments... 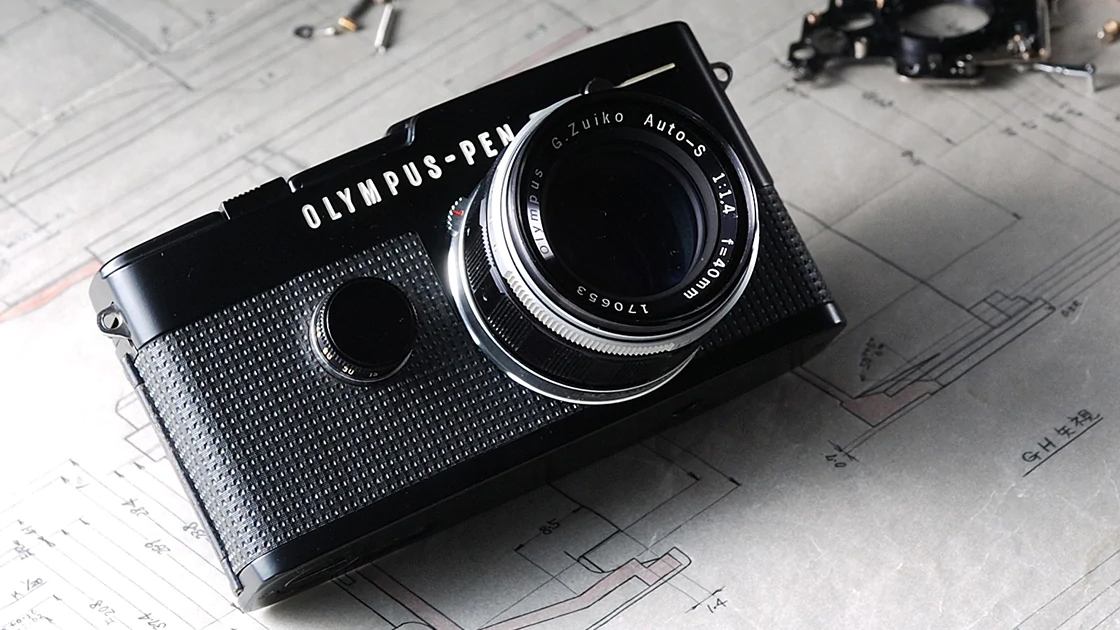 
As a much-loved and a once extremely innovative camera brand, it’s a shame to see things go wrong for Olympus.

In its heyday, it was a household name with the massive celebrities advertising its latest models.

The digital revolution isn’t entirely to blame for its dwindling sales – Olympus was actually a very early pioneer of mirrorless cameras, coming together with Panasonic to introduce the Micro Four Thirds format.

More recently, though, it’s doggedly stuck with that format, even in the face of full-frame and APS-C rivals, while smartphones have swallowed up a huge chunk of its hobbyist market, too.

While we’ve been big fans of some of Olympus’ more recent models, including the fantastic Olympus OM-D E-M1X and the Olympus OM-D E-M5 Mark III, in this piece we’ll be looking back at some of the highlights from further back in the Olympus archives, stretching way back into its heritage.

There are some incredible innovations, but there are also some downright wacky cameras too – Olympus was nothing if not original.

Here’s a look at some of our favorite iconic Olympus cameras of all time... 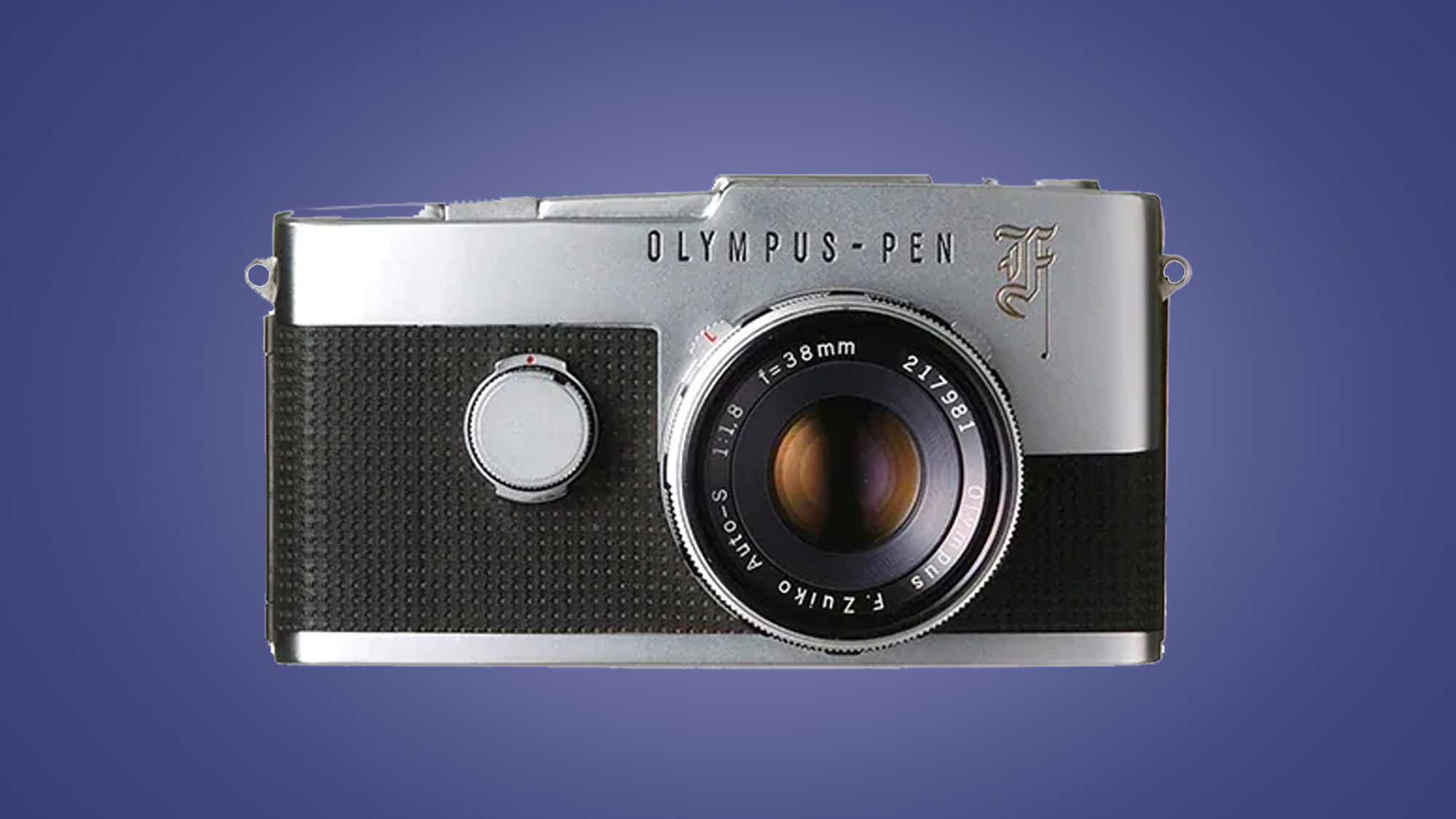 
Why it's a classic: it showed the world that small and light was the way forward

Produced between 1963 and 1966, the original Pen F (which would later give its moniker to the digital edition in 2016) was truly a thing of beauty.

It was the world’s first (and only) 'half frame' SLR with interchangeable lenses – which meant that for a standard 36 exposure roll of film, you’d actually get 72 shots. Nifty.

Olympus has always been into its “small is beautiful” mantra, and by using a half-frame format, the camera itself and the accompanying lenses could be small and neat – much like the Micro Four Thirds system today.

At the time of its launch, the Pen F was a revolutionary camera, with innovations including the rotary titanium shutter, designed for both speed and durability. Plus, it looked like that. 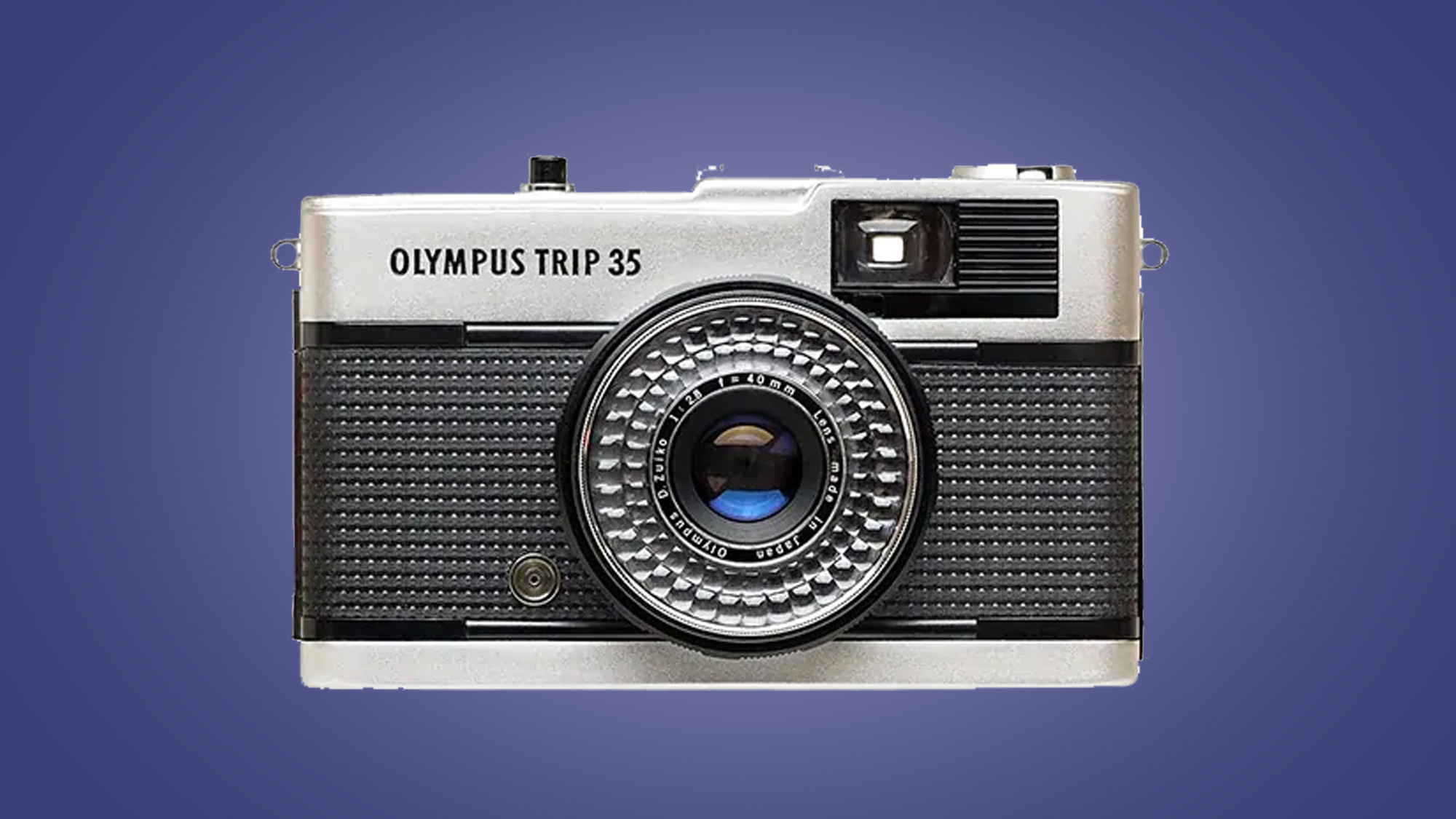 
Why it's a classic: it gave the masses an affordable, lightweight holiday camera

One of the biggest-selling Olympus cameras ever, the Trip 35 sold by the lorry-load during the two decades it was on the market.

So-called because of its portability as a travel camera, the Trip 35 is one of the most recognizable models in this list. It was easy to use and was priced at a point that most people could afford, too. Being completely mechanical, it also didn’t need a battery – another bonus for travel photographers who might not have access to a power source.

During the 1970s, iconic British photographer David Bailey advertised the camera, further boosting its popularity – in the end, more than ten million Trip 35s were sold. 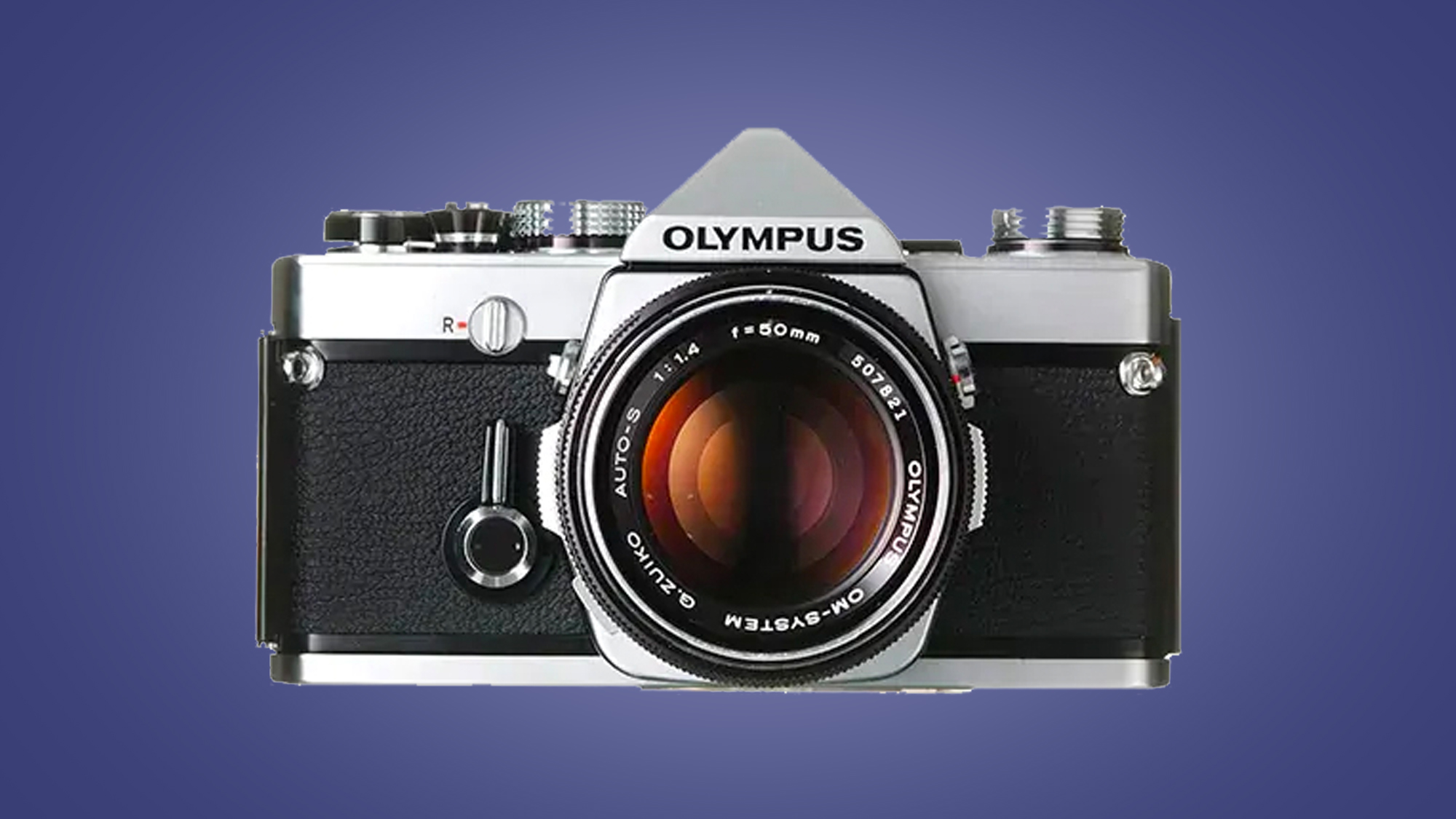 
Why it's a classic: it showed you didn't need a huge camera to get pro shots

Another example of Olympus pioneering the small form factor, the Olympus OM-1 was a direct competitor for bulkier models such as the popular Nikon F, at the time one of the default choices for working professionals.

Created by the same team responsible for the PEN F, the OM-1 was the world’s smallest and lightest 35mm SLR camera. To do this, it employed a range of ideas which were innovative at the time, such as equipping the camera with an air damper to absorb the shock of the mirror movement, and rest prevention technology for the lightweight steel of the body. 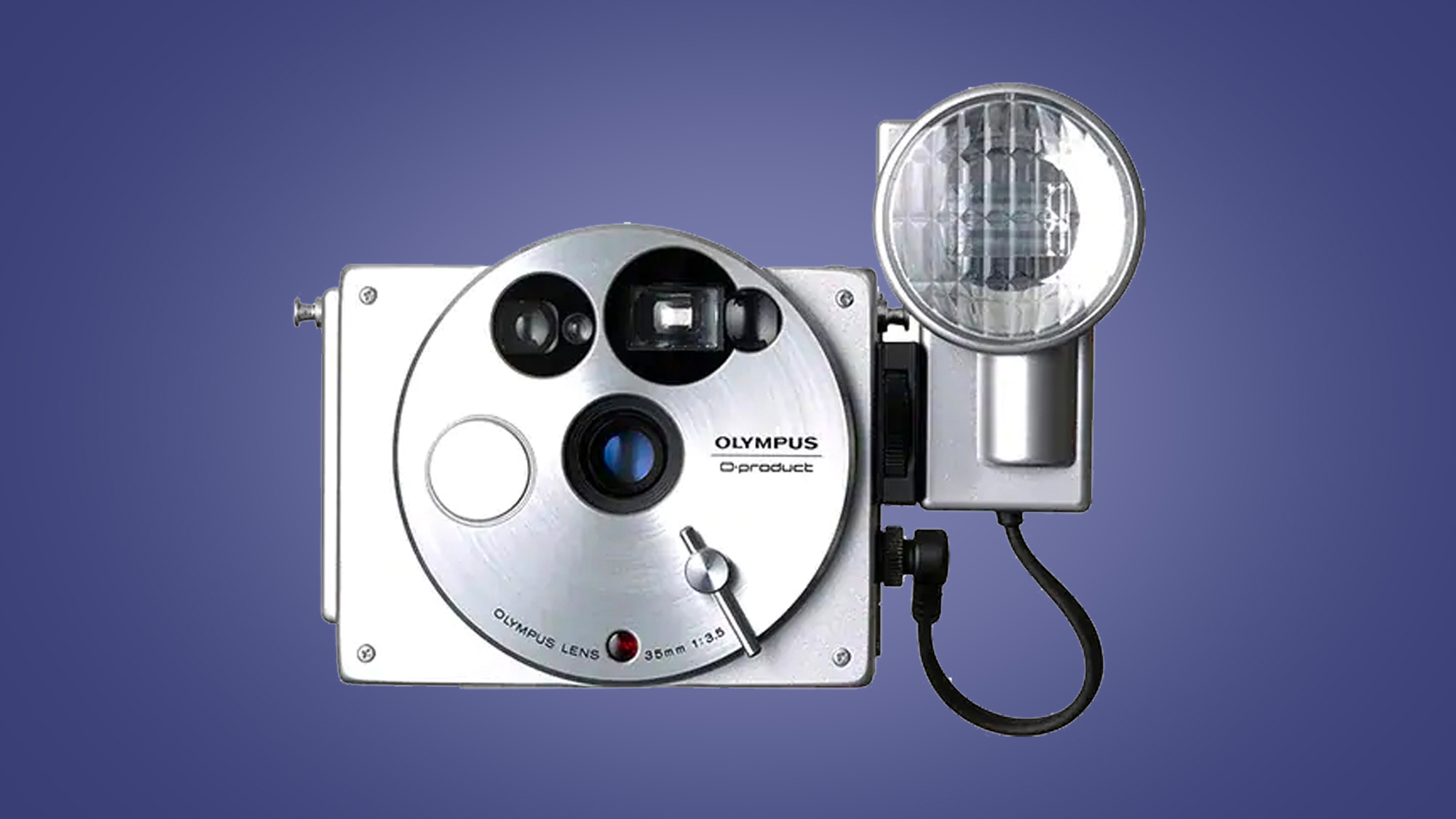 
Why it's a classic: it took film camera design to new, eccentric places

This bizarre-looking creation is so eccentric it rivals early noughties Nokia for sheer design audacity. A point-and-shoot 35mm camera, the O-product included an autofocus 35mm f/3.5 lens which was protected by a built-in lens cap that moved out of the way when the camera is switched on.

Clad in aluminum, it was limited to just 20,000 units – with half of those reserved for the home Japanese market. The circle and square design carried over into the detachable strobe unit, while the shutter release his unusually found on the front of the camera. 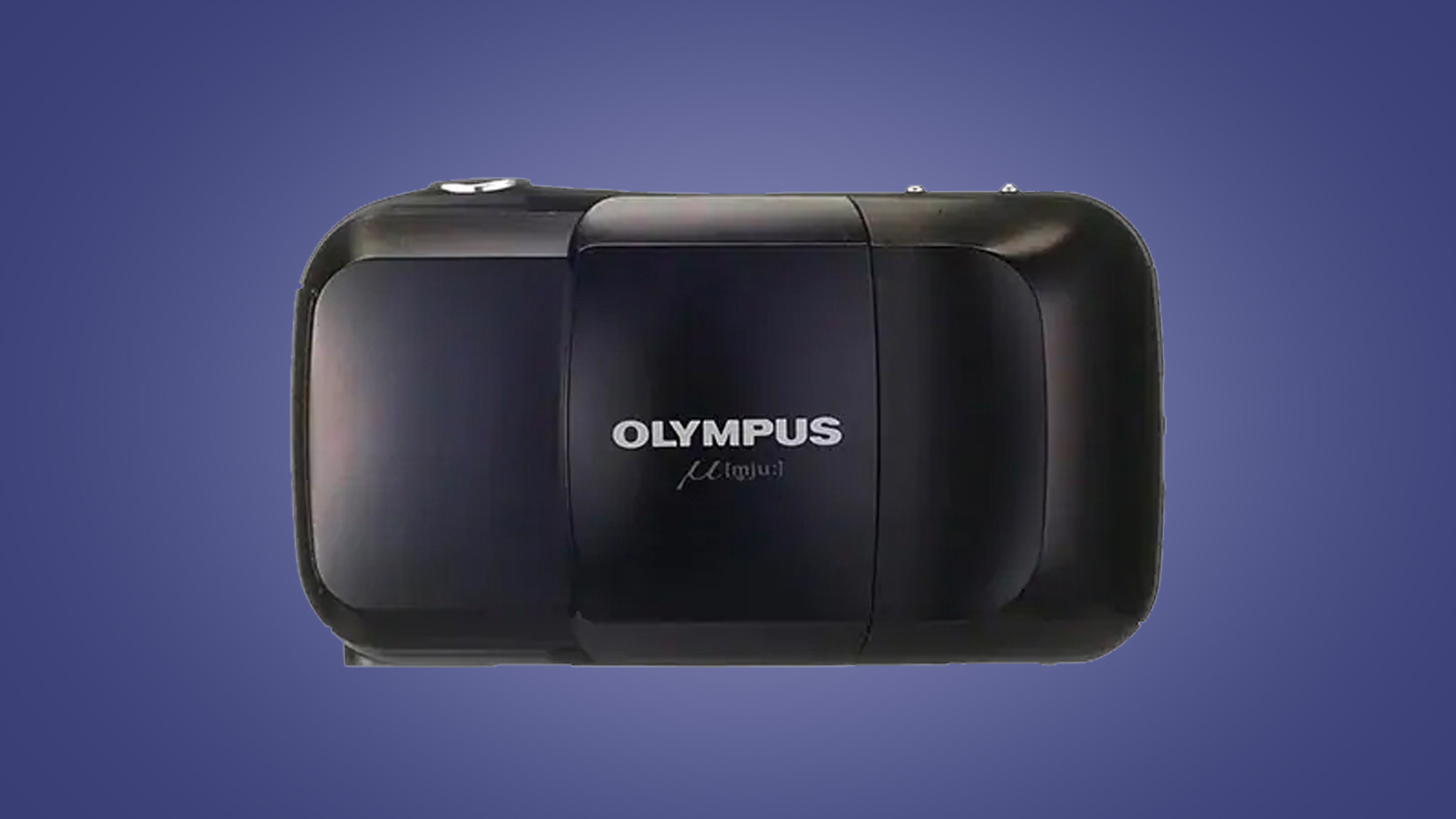 
Why it's a classic: it was one of the first desirable pocket cameras

It might not be much to look at now, but at the time of its launch the Olympus mju was seen as incredibly stylish.

Small and sleek, it was specifically designed to fit perfectly in one hand and appealed to a variety of different photographers. It was fully automatic, with an integrated lens cover – you switched the camera on by moving the cover to the side.

More than five million units were made, making it one of the most successful cameras in Olympus' history. Originally sold in black, some 50,000 units were made in a limited edition silver finish, too. 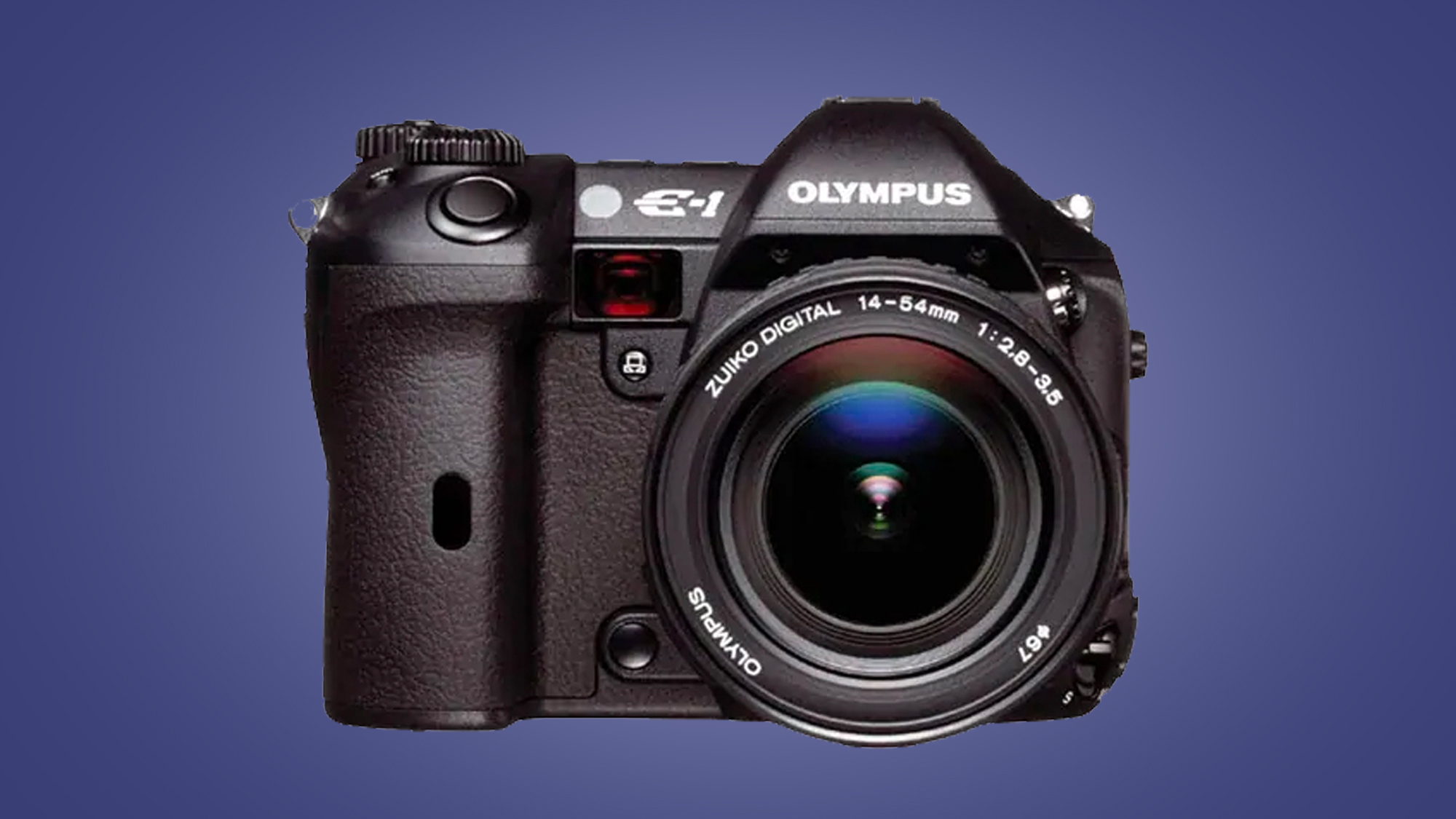 
Why it's a classic: It paved the way for modern Micro Four Thirds cameras

It’s from here that we really see Olympus embracing digital tech. It’s easy to forget that as recently as 2003, digital photography was still a new, exciting and emerging technology, with cameras like the E-1 being innovative pioneers at the time.

The E-1 was the first Olympus digital single-lens reflex (DSLR) camera that offered support for interchangeable lenses. It used a Four Thirds sensor, much smaller than the full-frame sensors, meaning it could be smaller and lighter than some of its contemporaries. The E-400, released three years later in 2006 was at the time the world’s smallest DSLR.

One of the best things about the E-1 was its tough credentials. It was completely weather-sealed – as were its accompanying lenses – making it a great choice for those who liked to shoot outdoors.

This was the start of Olympus’ foray into Four Thirds DSLRs, and while these cameras were eventually discontinued, it allowed the brand to experiment with the smaller sensor and technologies that would eventually lead to the much more compact Micro Four Thirds system we enjoy today. 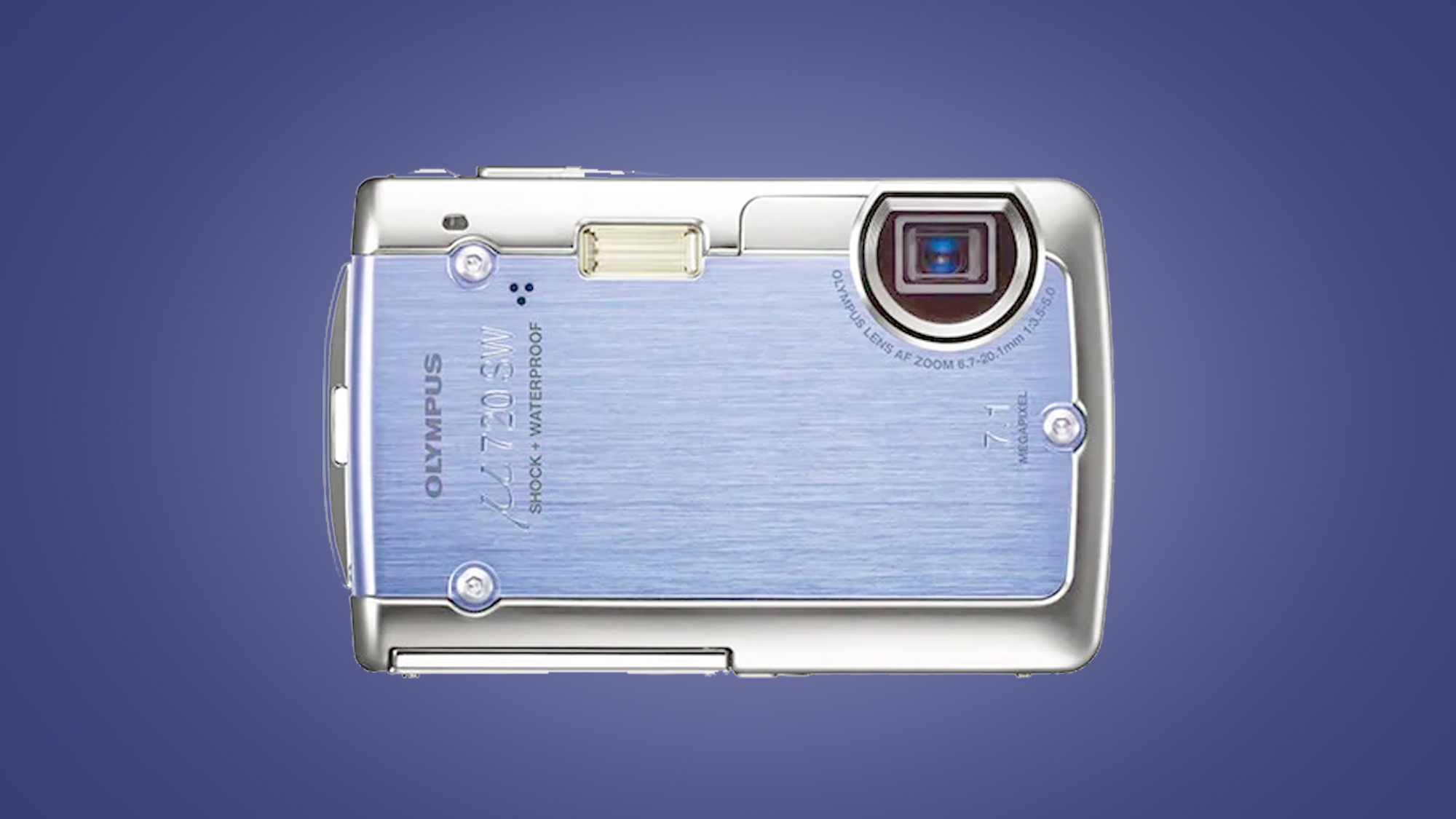 
Why it's a classic: it helped photographers discover new ground (and shots)

Another model which may not seem much to look at now, the mju 720 SW was the world’s first 'tough' digital camera. It laid the rugged groundwork for a breed of camera that's still going strong today.

Its thin and stylish body was shockproof, waterproof and rustproof, making it a safe choice to let the kids run off with. Although picture quality might not have been amazing – especially compared to modern cameras – it allowed pictures to be taken in situations previously unimaginable, such as while snorkeling or rafting.

Although much of the compact market has today been swallowed by ever-more-impressive smartphones, tough cameras can still be relied upon to deliver the goods where your smartphone simply can’t go (try smashing an iPhone off a rock or taking it 20 meters underwater). Following in the footsteps of the original mju 720 SW, the Olympus Tough TG-6 is currently one of the best on the market. 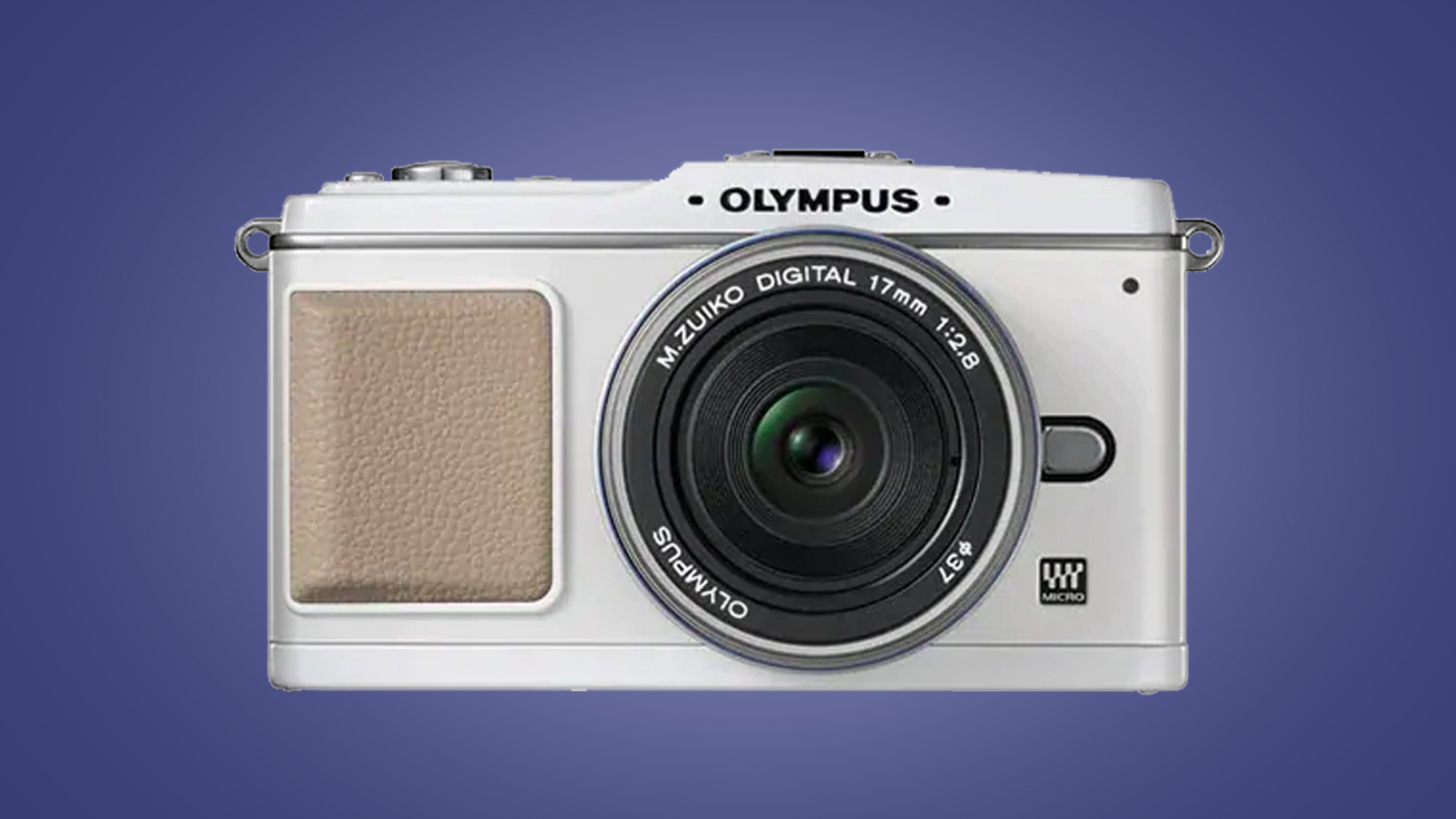 
Why it's a classic: It brought retro design to digital cameras

Here’s where things got really interesting, and where we begun to see a noticeable shift in the camera world – not just for Olympus.

Micro Four Thirds was a collaboration between Panasonic and Olympus, who jointly announced the new format back at Photokina in 2008. It was Panasonic who got there first with an actual camera, but Olympus wasn’t too far behind with the PEN E-P1 in 2009.

With a beautiful design based on the much-loved PEN analogue series, the E-P1 took everything Olympus had learned from its Four Thirds cameras, and packed it into a much smaller and more portable body. Indeed, this camera was seemingly based on the E-620 DSLR.

Over the next few years, Olympus would launch a variety of different PEN models at a range of price points and intended users, before branching off into the higher end OM-D models. Today, the PEN line-up is very much aimed at beginner users, with models such as the Olympus PEN E-PL10 being particularly popular with vloggers. 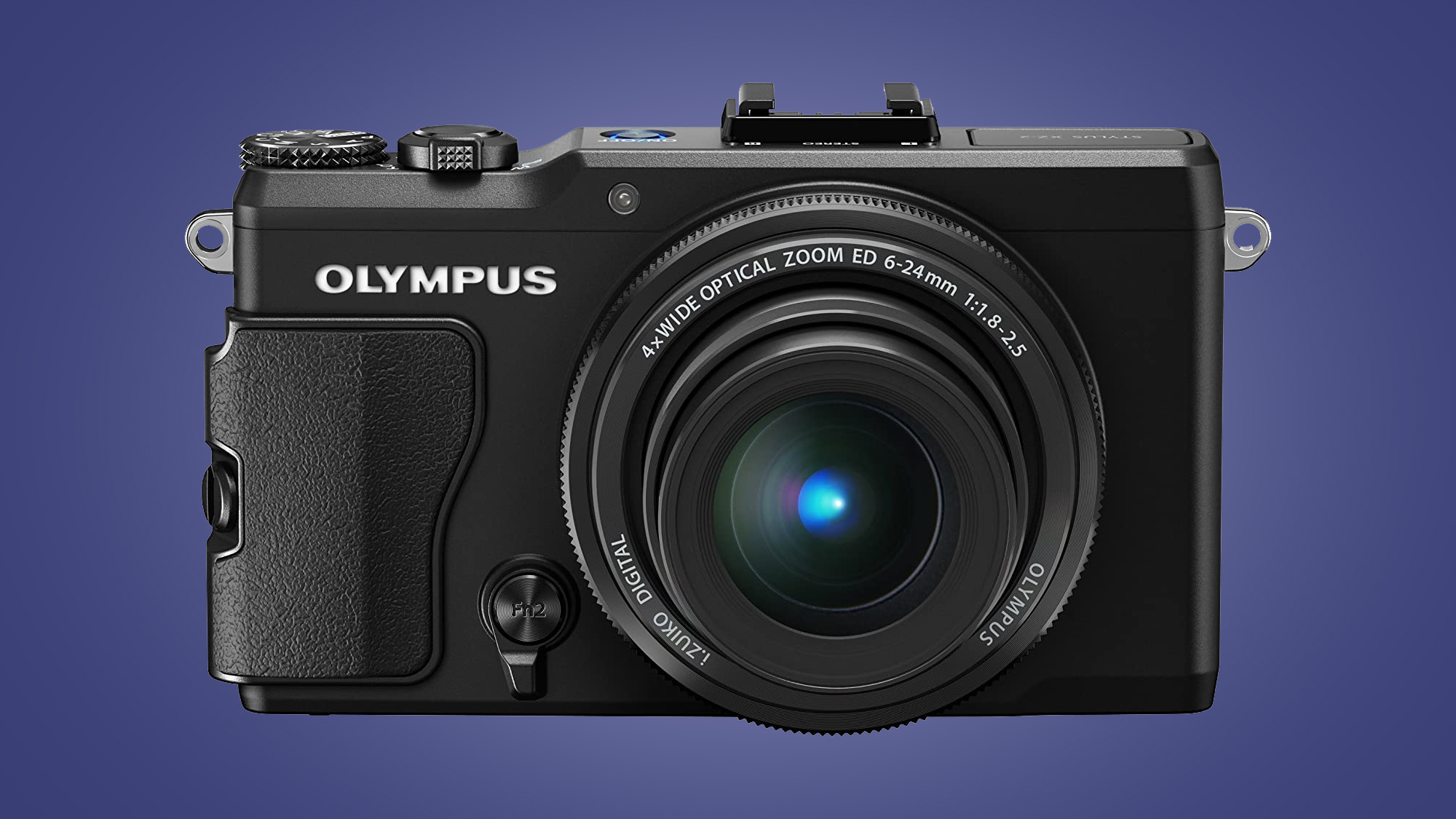 
Why it's a classic: it set the bar premium compact cameras

If you’re looking for a premium compact camera in 2020, you’ll very much be drawn towards Sony and Canon, who've dominated the space for several years.

It’s a shame that Olympus eventually withdrew from premium compacts when larger sensor compact cameras came along, because the design and usability of the XZ-2 was really quite lovely. 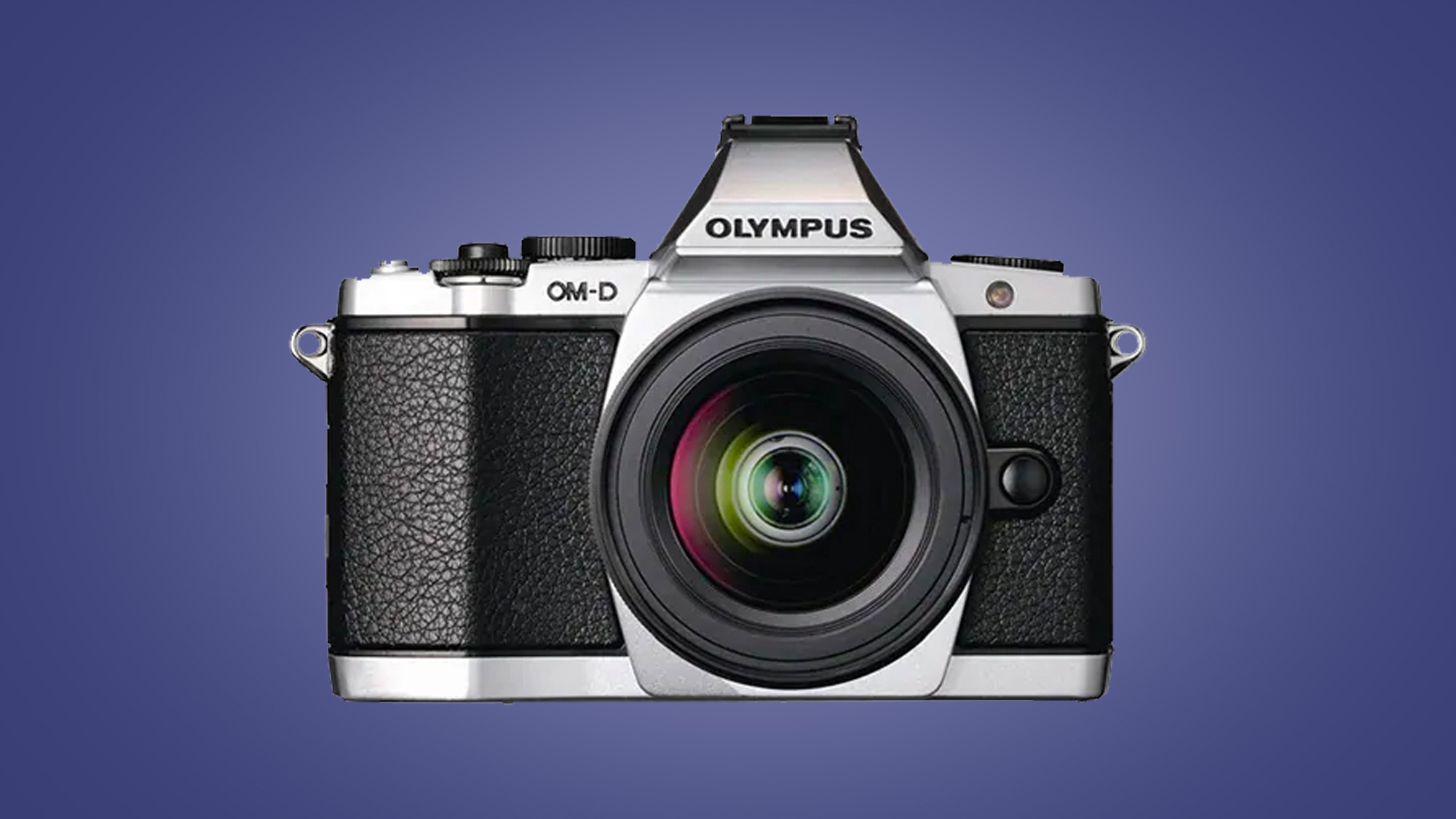 
Why it's a classic: it was one of the first great mirrorless cameras

After the success of the digital PEN series, it was time to revitalize the OM series for the modern age, with the bizarrely and confusingly named OM-D E-M5 launched towards higher-end photographers in 2012.

Putting aside the strange naming convention, the E-M5 was arguably one of the first really good mirrorless cameras, performing well enough to start convincing DSLR die-hards that this new type of camera might actually be the future.

It included a 16MP Four Thirds sensor, an inbuilt viewfinder, a tilting touchscreen and a much more DSLR-like form factor than the PEN series. 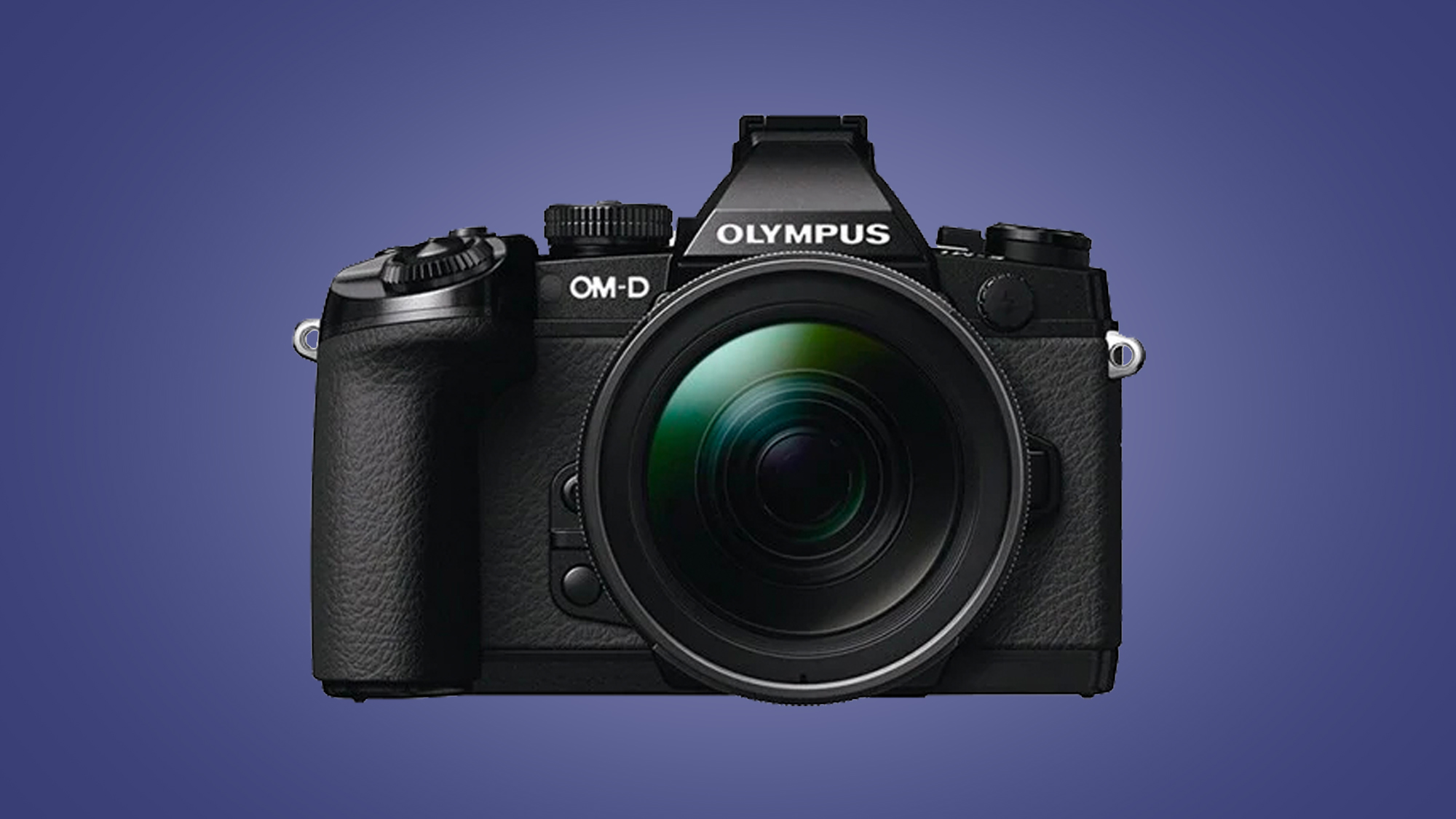 
Why it's a classic: It showed that Micro Four Thirds could be for pros

The OM-D E-M1 became the flagship Olympus camera in 2013 and was a noticeable shift towards a pro audience. It was also designed to work better with existing Four Thirds lenses, as well as the newer Micro Four Thirds optics.

Packing a lot of exciting technology into a body still smaller than most DSLRs (or the advanced models, at least) it included weatherproofing, a whip-fast autofocus system and an extremely impressive inbuilt electronic viewfinder.

Olympus has recently faced a lot of criticism for targeting professional users, arguably at the expense of its enthusiast models and fans.

Cameras like this, though, showed that for certain types of pro photographers – such as wildlife snappers – Micro Four Thirds is still a very viable option. 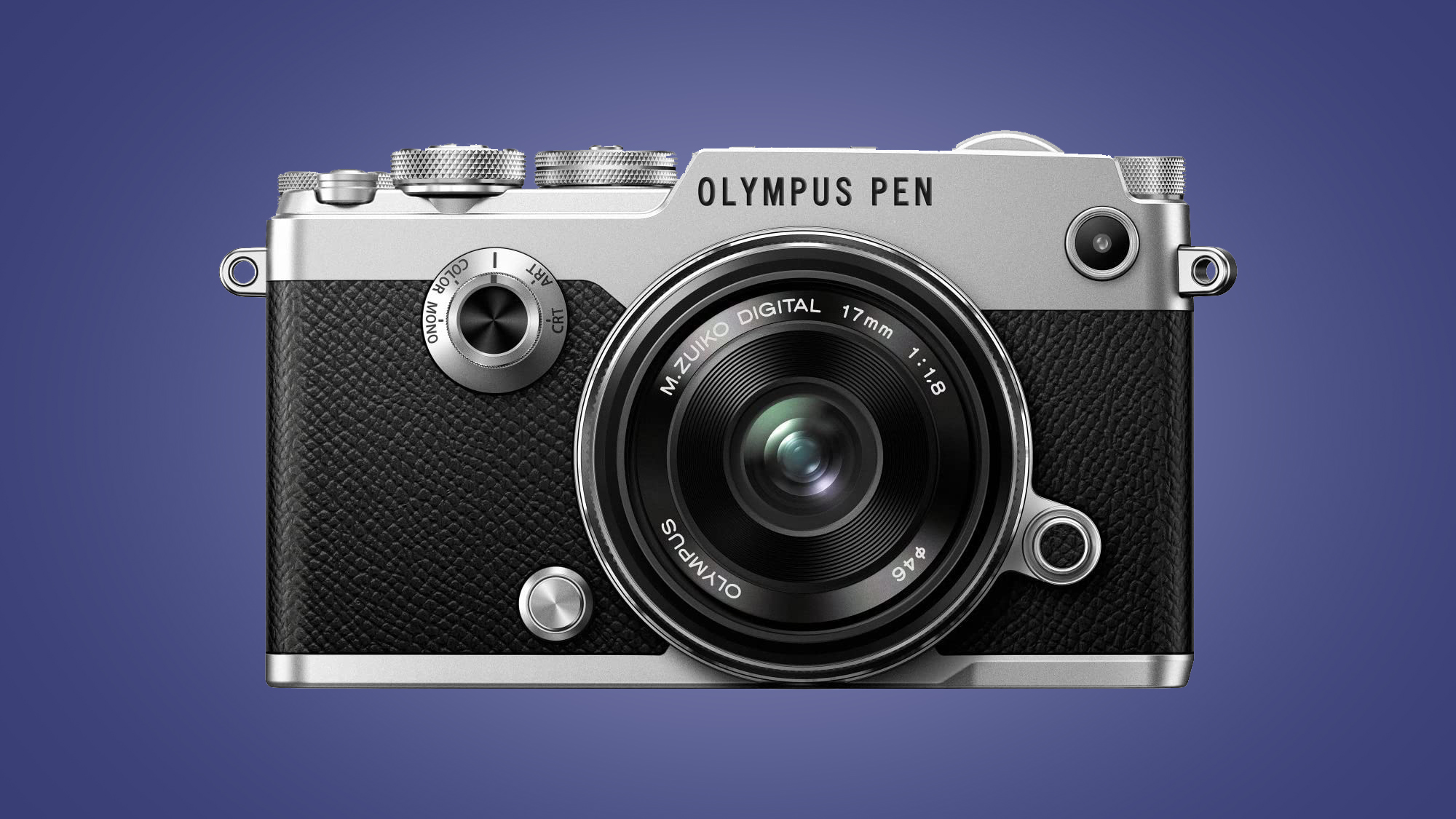 
Why it's a classic: it reinvented Olympus' heritage and style for the 21st century

Although the PEN series largely targeted beginners, with the OM-D series aimed at hobbyists and pros, the PEN F was a bit of an anomaly when it arrived in 2016.

With a design that almost exactly emulated the original PEN F, here was a high-end PEN with a range of advanced features, including a high-resolution 20MP sensor, 10fps shooting and inbuilt electronic viewfinders (which none of the previous PEN models had).

The chunky dials and retro stylings of the PEN F make it one of the most attractive cameras in recent years, without scrimping on the high-end specs. Olympus never followed up the PEN F, which always felt like a bit of a shame, but that didn't stop rumors circulating among hopeful fans right up to this year.